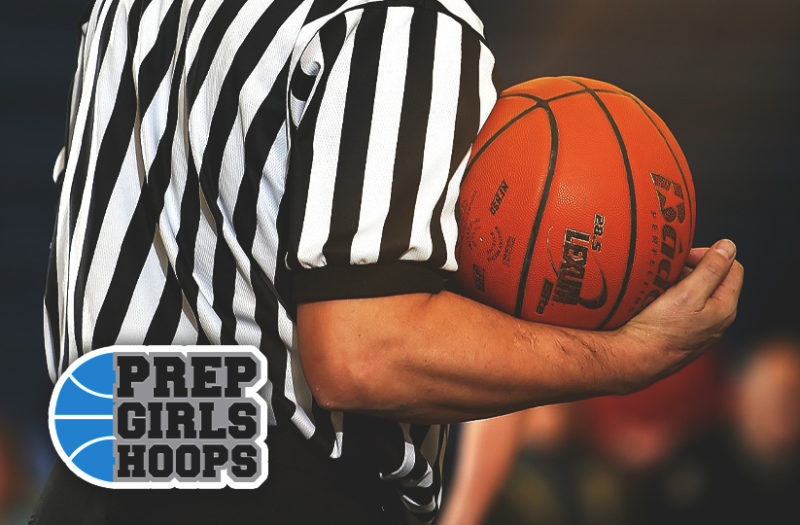 The season is approaching its end. With less than a month left in the regular season, teams all across the state are hoping to be rounding into form and playing their best ball. With two months worth of interesting development to this point, now is a good time to take a quick look at the landscape of hoops in North Dakota ahead of the postseason.

Here’s where things stand in the WDA:

While Bismarck Century went into the year as the unquestioned top team in the state, it’s Bismarck Legacy that sits atop the WDA heading into the final month of the season, thanks to an undefeated record that includes a win over the Patriots. The formula has been consistent: elite defense and control of the paint. The Sabers aren’t a great offensive team, but they produce 66 points per game because they average 13 offensive rebounds per game and generally convert well from 2-point range. Alexis Dressler is turning in a terrific senior season, averaging 12 points, 8.9 rebounds and 3.7 assists. Arianna Berryhill’s been strong as well.

Bismarck Century Is Winning With Depth Rather Than Star Power

Despite losing Lauren Ware to an injury before the season even started, the Patriots have been one of the best teams in the state and still should be considered at worst, in the top three when it comes to favorites to win the state title. They aren’t doing it because of any one individual player, rather the depth of skilled players the Patriots can deploy can overwhelm the competition. Freshman Logan Nissley has been even better than expected, averaging 13.5 points, 7.9 rebounds, 2.1 blocks and 1.9 steals. She’s efficient from the field and the 3-point line too. She’s hardly the only player who has been excellent though. Julia Fitterer has had great moments, Ahston Kinnebrew has enjoyed a breakout season. Chloe Markovic has been steady as well.

Mandan and Bismarck Are at the Top of a Fat Middle

The Braves were going into this year with a lot of questions. After losing two of the best players in the state to graduation, it was fair to wonder how good Mandan could really be. Well…Mandan has been excellent, thanks to excellence from senior forward Lakyn Darras and junior forward Sydney Gustavsson. Those two combine for nearly half of the Braves points, but it’s been good enough to get them to 11-5 at this point and in the No. 3 spot of the WDA.

Bismarck is right in the thick of the race for a top-four spot in the league as well, and the Demons are doing it once again, with depth and defense. Allowing just 54 points per game, strengthened by pressurized defense, the Demons are gutting out tough wins despite having one of the worst collective offenses in the state. Junior forward Jilee Golus leads the team in scoring at 14.4 points per game and the Demons are getting solid all-around play from Elle Hill and Payton Gerving and a late-season return of Cadee Rychman changes the calculus for this group’s potential.

Bismarck St. Mary’s and Jamestown Have Been Up and Down

Inconsistency has marred both the Saints and the Bluejays this season, as both teams, when at their best, are good enough to hang with any team in the state.

Jamestown started the year hot and looked like it was going to build on what was a solid year last winter. That hasn’t manifested over the last six weeks though, as the Bluejays are 7-6 and firmly in the middle. Grace Hegerle has been terrific, averaging 16.6 points and 5.9 rebounds. Kameron Selvig has been good too, averaging 14.2 points per game. Ella Falk looks like she’s going to be a stud in the coming years, as she’s averaging 10 points, 6.9 rebounds and 5.3 assists. But beyond those three putting up solid individual numbers, the results have been good, not great.

The Saints have been streaky all year. They started 0-2 before winning four straight, then suffered a three-game losing streak, followed by a three-game winning streak. Their struggled stem from the lack of explosive offense, which creates smaller margin for error, but the Saints defend as well as any team in the WDA and have the collective experience to be comfortable in hotly-contested outings. Maria Mann is one of the best interior players in the league (10 points, 11 rebounds) and the senior trio of Abbi Kopp, Elizabeth Peyerl and Hallie Schweitzer have all been solid.

Minot and Williston Have Been Surprises

After making the state tournament and returning a bulk of its core, Williston went into this season with reasonable expectations of contending for a top-four spot in the WDA. That hasn’t happened to this point as the Coyotes are just 4-11 and near the bottom of the standings. The Coyotes don’t have great depth, but they’ve got a lot of upperclassmen and experience – things just haven’t progressed from a year ago. Despite a poor record, they’ve shown they can hang tough against teams, so don’t be surprised if they pull an upset before the year is over.

Minot went into the year with minimal expectations and to this point, the Magicians have been one of the pleasant surprises of the season. Allie Nelson is in the running for the Player-of-the-Year in the league, averaging 17 points and 6.4 rebounds. There’s reasonable hope that this isn’t just a one-year pop-up too, as the Majettes have gotten solid development from underclassmen like Mariah Evenson (soph) and Avery Lunde (8th grade).