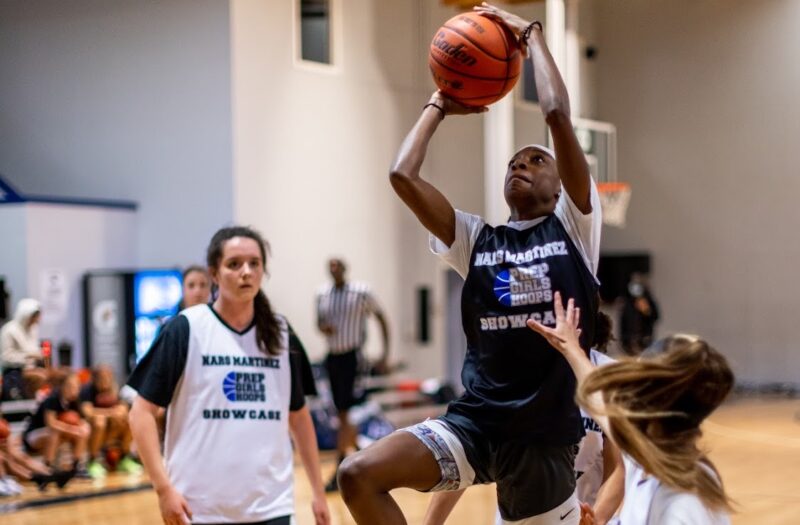 The PGH Showcase recently featured players from five different states in a two session showcase camp where prospects from the class of 2021-2025 were able to compete in live games in front of media and recorded games that college coaches will be able to view via YouTube in the coming week. Below are quick evals from Team 1. College coaches, feel free to reach out to me for further details on any of the players highlighted below.

2021 5’1 PG Rowan Cusack Rowan Cusack 5'4" | PG Bellarmine Prep | 2021 State WA (Bellarmine Prep) – Super quick point guard that has a knack for scoring, despite being the smallest player on the floor. Rowan does everything that a team needs from the point guard position. She was also very coachable and a bright personality/teammate throughout camp. Will most definitely be able to help a small college program.

2021 5’1 PG Riley Cusack Riley Cusack 5'4" | PG Bellarmine Prep | 2021 State WA (Bellarmine Prep) – An extremely similar eval to her twin sister. Riley can score some and drives and dishes really well. She gets to just about anywhere on the court that she wants. She showed the ability to hit the runner/floater over length at a good rate, which makes her difficult to defend with her quickness getting by the primary defender.

2022 5’7 SG Katie Christensen Katie Christensen 5'7" | SG Bellarmine Prep | 2022 State WA (Bellarmine Prep) – Although it was a total coincidence that three B-Prep girls ended up on the same team, one thing that was consistent between all three was the basketball IQ. Christensen understands how to play the game. She caught fire from three at one point during a game as well. She is not the quickest or tallest on the floor, but her IQ and shooting ability makes her a pretty consistent threat. 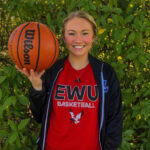 Devynn Warns 5'6" | CG Liberty | 2021 State WA (Liberty HS) – One of the top performers from camp with aggressive style of play. I challenged campers to be vocal and while session one was mostly quiet, Warns was a consistent voice in the gym. She hit the three, drew fouls with her physical style of play and competed on the boards. A severely under recruited player that more colleges should be on now! 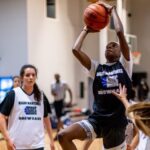 Malaya LeSueur 5'9" | SF Benson Tech | 2023 State OR (Benson HS-OR) – A long and wiry combo guard that runs the floor like a gazelle and has some jumping ability to her. Her shot is developing and an area she will continue to improve in. She has potential as a lock down defender. Tools to play at the Division 1 level with continued work as she’s barely scratching the surface of her potential. *Feature image

2023 5’9 SG Lucia Ricci Lucia Ricci 5'9" | SG Mount Rainier | 2023 State WA (Mount Rainier HS) – Sleeper from Mount Rainier and my first time getting a look at her game. Ricci showed the ability to hit the jumper and made some crafty plays at different points in games. She handles the ball fairly well and she plays hard. Will be uploaded into the database.

2022 6’0 SF Naomi Hall Naomi Hall 6'0" | PF Kentridge | 2022 State WA (Kentridge HS) – A strong wing-forward that rebounded really strong in the paint. She had the difficult assignment of defending some taller posts, but she is most suited to defend the three or four. She has potential to stretch the floor and knock down outside shots. 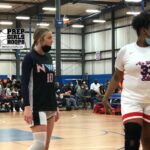 Amelie Sitterud 6'0" | SF Tahoma | 2023 State WA (Eastside Catholic HS) – Good size at the wing position, standing at a legitimate 6 feet and a sturdy frame. Sitterud is a three point shooting threat and she can defend multiple positions. She runs the floor well and brings all around versatility to the floor. A player some Division 1 schools should be aware of.