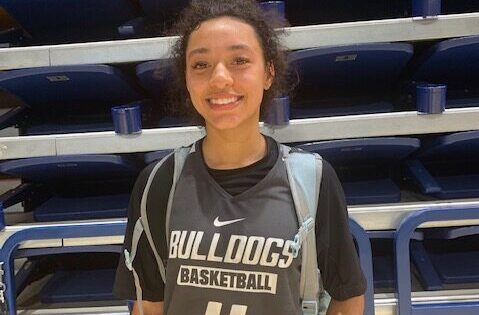 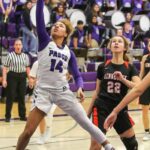 I recently spent the day at Gonzaga University’s Team Camp, which consisted of lots of games and some clinic sessions. The talent was not quite as far reaching as normal years as things begin to open up fully in Washington, but I was still able to catch some solid prospects from the Pacific Northwest. *This list is not definitive or a ranking, just some prospects I saw that stood out in games I viewed

Two standouts were from Pasco High School who is coming off an MCC title in the Tri-Cities.

Taleya Maiden Taleya Maiden 5'8" | PG Pasco | 2022 State WA – Strong and athletic wing at about 5’8. Maiden is a quality slasher who doesn’t need the ball in her hands to make plays. She crashed O boards and turns defense to offense.

Mya Hatchett Groce 5'7" | PG Pasco | 2022 State WA – One of the top performers from the day. Groce is so steady with the ball at the point guard position. She picks and chooses her spots to attack and make plays for herself as well as others. She can hit the outside shot or drive and score. *Feature image

Kiana Yesiki Kiana Yesiki 5'10" | SG Eisenhower | 2022 State WA – All the tools are there for Yesiki at 5’10. When you watch her play, it’s obvious she really works on her game. Smooth shooting form, a midrange jumper and some creativity attacking the basket are all in her repertoire.

Darian Herring – A strong and versatile guard/wing that made plays inside and out at 6’0. Herring also showed the ability to make good reads and passes to open teammates. An under the radar prospect in the 2023 class.