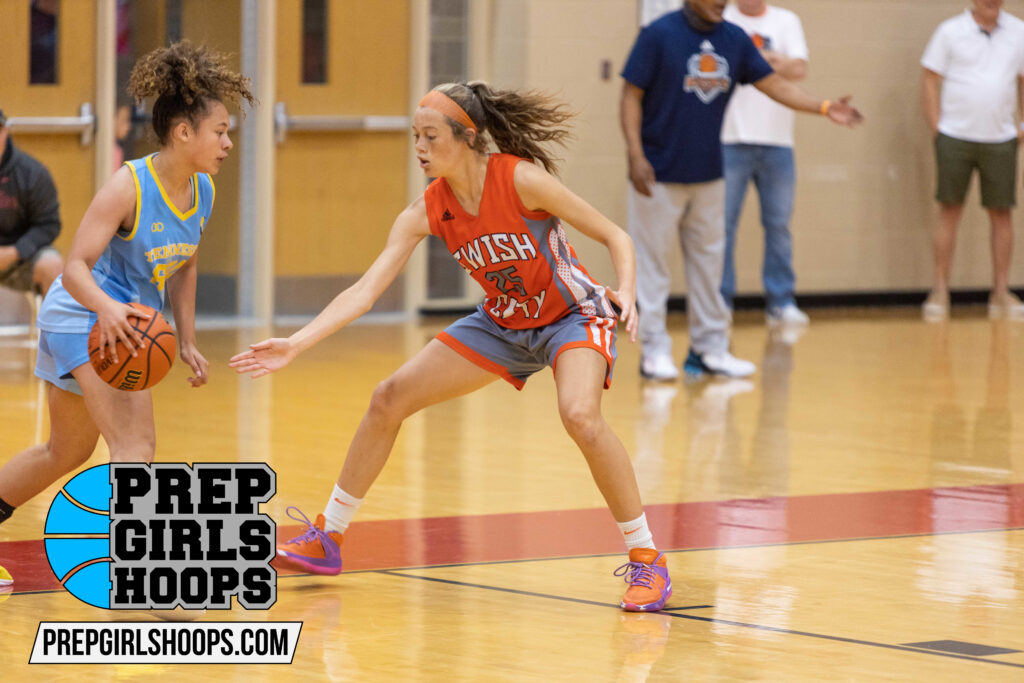 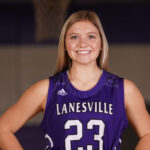 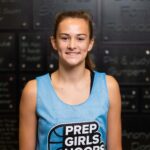 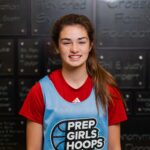 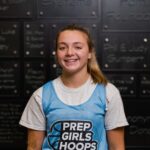 As we change directions and move toward the high school season, it’s time to welcome in a new class of Freshmen. In June, we introduced our first ever list for the Class of 2025. At that time it was a watchlist of 55 young ladies, and two of them have already moved out of Indiana for their schooling. Last Tuesday was the release of the update for the Class of 2025. In addition to those 53 remaining girls, we added another 22 to give us 75 in total, but we separated it into a Top-15 and a watchlist of 60 additional prospects. Below is a look at several of those players who landed on our watchlist, broken down into a number of different ways. Please keep in mind this is a fluid process, as kids grow and develop physically, emotionally, and skillfully at different rates. Some will commit a great deal of time to their game over the next four years, while others might turn their attention to other interests. But in the end, we felt like these ladies stood out at

The featured image is of Myla Browning Myla Browning 5'10" | SG Evansville Memorial | 2025 IN (2025) of Evansville’s Reitz Memorial High School. As we change directions and move toward the high school season, it’s time to welcome in a new class of Freshmen. In June, we introduced our first ever list for the Class of 2025. At that time it was a watchlist of 55 young ladies, and two of them have already moved out of Indiana for their schooling. Last Tuesday was the release of the update for the Class of 2025. In addition to those 53 remaining girls, we added another 22 to give us 75 in total, but we separated it into a Top-15 and a watchlist of 60 additional prospects. Below is a look at several of those players who landed on our watchlist, broken down into a number of different ways. Please keep in mind this is a fluid process, as kids grow and develop physically, emotionally, and skillfully at different rates. Some will commit a great deal of time to their game over the next four years, while others might turn their attention to other interests. But in the end, we felt like these ladies stood out at this point in time.   Top-25 Potential Last week when we did our update, we posted our first true ranking list of 15 total prospects. In December of 2021, the time of our next scheduled update, we will look at expanding that to a Top-25 list. There’s no guarantee the below girls I’m about to mention move into that Top-25, but if they stay the course and other girls don’t outwork them, these five young ladies below all have the potential to be mentioned among the state’s best 2025 prospects when we make our next expansion. Carley Barrett Carley Barrett 5'7" | SG Lafayette Central Catholic | 2025 IN , 5-7 SG, Lafayette Central Catholic H.S. Carley had a nice July and an even better Fall thus far. She is an accurate perimeter shooter with good all-around skill. She can handle it on occasion and run offense like a game manager, and she’s a solid athlete as well. She comes from a basketball family where she has seen older siblings go on to play college hoops, so look for her to continue expanding her game as she ages. Lilly Bischoff Lilly Bischoff 5'6" | PG Center Grove | 2025 IN , 5-6 PG, Center Grove H.S. Lilly is another prospect who comes from a line of ballplayers. Seeing three older sisters compete at a high level, she has naturally picked up the game. However, I feel like Lilly has as much or more ball skill than her older sisters, and she enters high school as a true point guard. She can run offense, create a little off the bounce, plus she can shoot/score. She will also likely grow a couple more inches. Myla Browning Myla Browning 5'10" | SG Evansville Memorial | 2025 IN , 5-10 SG, Evansville Memorial H.S. Myla has flashed good upside for some time now, and she certainly has the physical tools to be a nice prospect long-term. She has tremendous length, fluid athleticism, and she continues to gain strength. She can score the ball off the bounce by finishing at odd angles, but she also has a nice pull-up and she can knock down the occasional three-pointer. She’ll be a nice addition at Memorial. Ava Carter

Ava Carter 5'10" | SF Fishers | 2025 IN , 5-10 SF, Fishers H.S. Ava is a talented athlete with a lot of potential. She has good length, wiry strength, but it’s her ability to run and jump that stand out. She also has some skill, and she’s a nice playmaker off the bounce. She will go on scoring runs where she has eight, ten, even twelve points in a row for her team. As she learns the nuances of the game and continues building her skill, look for her to take off. Mylie Wilkison Mylie Wilkison 5'7" | CG Greensburg | 2025 IN , 5-7 CG, Greensburg H.S. Mylie was a joy to watch this Summer, because she just has a knack for the game. She has speed, quickness, and athleticism, and she always plays with a great motor. But when you add her ability to handle the ball and make shots at all three levels, she will be one of the better guards in this class for a long time. Look for her to be a huge part of what Greensburg does going forward.   Don’t Sleep on These Five Every class has a handful of girls you can identify quickly as really standing out, whether it be size, strength, skill, or ability. At the same time, there is another group of prospects who have great upside/potential, and a lot of it has to do with the fact that they are still growing. Below is a look at five such ladies who have grown consistently over the past couple of years, who might still have more growth in them, and who could certainly find their way to the top of this class over the next couple of years, if not sooner. Kenzie Garner

Kenzie Garner 5'11" | SF Sheridan | 2025 IN , 5-11 SF, Sheridan H.S. Kenzie is an extremely intriguing prospect because of her tremendous length and potential to still add another two to three inches in height. She is a fluid athlete, and I think once she finishes growing and gaining strength she’ll become a truly explosive kid. But she already has a nice jump-shot, the ability to get hot outside, plus the potential to hurt opponents with her touch in all areas of the floor. Lily Graves Lily Graves 5'10" | SF Franklin Central | 2025 IN , 5-10 SF, Franklin Central H.S. Lily comes from the "famed" Graves family which starred for many years for the Bulldogs at Hinkle Fieldhouse. She is a long, wiry-strong, point forward type of prospect, with a nice all-around feel for the game. She is probably best off the bounce right now, but as her perimeter jumper becomes more consistent, she could develop into an even better prospect. She also looks to grow another couple of inches. Avah Montgomery Avah Montgomery 5'8" | CG Southridge | 2025 IN , 5-8 CG, Southridge H.S. While she isn’t quite there yet, Avah has the potential to develop into one of the best prospects in this class. Her 6-5 brother was recently drafted in the first round of the Major League Baseball draft, but he was also a star basketball and football player. Her sister, Myah Montgomery Myah Montgomery 6'1" | PF Southridge | 2022 State IN (2022), is a skillful 6-1 forward at Southridge. Avah should continue to grow, but she enters high school with an advanced skillset. She can play on or off the ball, and if she approaches 6-0 herself, watch out! Lauren Perry Lauren Perry 5'11" | SF Carmel HS | 2025 IN , 5-11 SF, Carmel H.S. Lauren is another descendent of the Butler family, as her 6-9 father played for the Bulldogs in the 1990s. Considering her long, slender frame and her quick growth, I would anticipate she has the potential to grow to around 6-3 over time. She has solid ball skill and a nice perimeter jumper, so she has worked on being more of a wing than a post. She could become a really nice, long, tall wing over time. Jamaya Thomas Jamaya Thomas 6'2" | C Lawrence North | 2025 IN , 6-2 C, Lawrence North H.S. Jamaya has developed into one of the better post prospects in this class, but few people know about her because she has played in the 2023 age group the last couple of grassroots seasons. She is big, strong, and overwhelming powerful on the block at times. She has soft hands, some touch to about 12-feet, but it’s her motor and physicality that really stand out. She will be a presence for the Wildcats.   Newcomers With expansion comes new additions, and as I mentioned above, we added 22 prospects to our list for 2025, giving us 75 total prospects now listed on Prep Girls Hoops Indiana. When I went back through that list and reviewed each of those 22 girls, I came up with five who really stood out to me with their play throughout the grassroots season and into the Fall showcase season. Below is a look at those five young ladies. Hylton Brumley

Hylton Brumley 5'7" | SF Lanesville | 2025 IN , 5-7 SF, Lanesville H.S. Five minutes of watching Hylton and you’ll enjoy her as much as anyone at this level. She is extremely tough-nosed, she’ll run through walls for her team, plus she plays with an outstanding motor and has some skill. She has a solid to strong frame, she can get downhill and attack the basket, but she can also handle it a little and initiate the offense. She could have a big role immediately for Lanesville. Kristian Dinkins Kristian Dinkins 5'7" | SF Indiana Math & Science | 2025 IN , 5-7 SF, Indiana Math & Science Academy I really haven’t heard anyone mention Kristian much, but from what I saw throughout the Spring and Summer, she has really nice upside. She has an athletically strong frame, she moves well in most directions, and she even has some bounce to her. She can take on a point forward type of role, but she’s also an effective scorer who likes to attack the basket or knock down the 15-footer. Ella Mohamed

Ella Mohamed 5'6" | SG Northridge | 2025 IN , 5-6 CG, Northridge H.S. Ella is someone who has really put herself on the radar with her play this Fall. She is a strong, athletic, skilled combo guard who can really shoot it, and with deep range. She is an offensive weapon who can score it at all three levels, but she also has ball skill and I think can eventually transition into more of a point guard role. She might carve out an early opportunity for a deep Lady Raiders team. Ayanna Nicholson Ayanna Nicholson 5'11" | PF South Bend Clay | 2025 IN , 5-11 PF, South Bend Clay H.S. Ayanna popped up on my radar in July when I was able to see her grassroots team play in Louisville. She has a long, athletic frame, and she runs the floor well and has some bounce to her. She is more of a rebounder/defender type of power forward right now, but she has solid hands and finishes around the basket. If she can stretch her game away from the basket over time, she could be a good one. Jordan Scott Jordan Scott 5'5" | CG Castle | 2025 IN , 5-5 CG, Castle H.S. Jordan is a nice, quick, fast, athletic combo guard. She plays with an outstanding motor, and she will fly around the floor making plays at both ends. Offensively, she likes to attack first, and she can create offense for herself or teammates. Defensively, she uses her strength and quickness to contain opposing ball-handlers, plus she’s very active in passing lanes from help position.

Subscribe to Prep Girls Hoops Indiana to get access to all premium articles and prospect rankings for as little as $2 per week with an annual subscription! 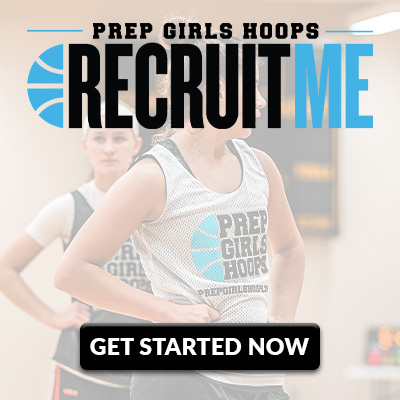