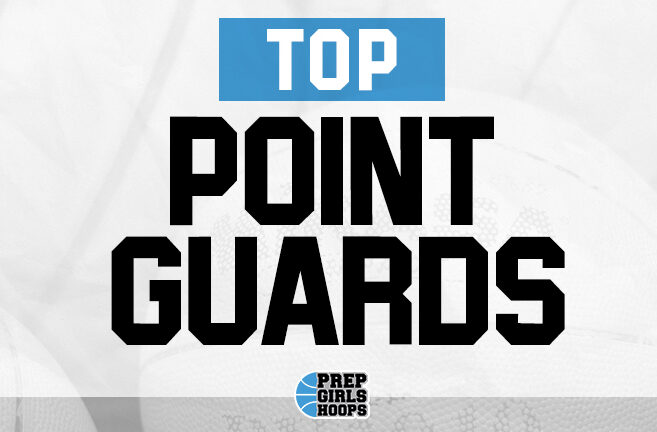 Let the debate begin! Each year, no matter the sport, fans, coaches, and players all gather around debating who is the best at something. It may be that they compare classes, style of play, locations, classifications, this year vs. that year, and this list goes on. The debate sparks great conversations, which ultimately leads to competitive battles and a lot of hype.

Here at PGH Tennessee, we are going to start a series of positional breakdowns that will hopefully lead to discussions. The goal of this isn’t to downplay anyone period. The goal is to uplift the notoriety of the young ladies who play the game we all love. By creating the hype and showing fans and college coaches alike, the state of Tennessee is where it’s at. Our discussions are made to be fun, uplifting, and something that will create friendly rivalries.

Everyone must remember that we are all humans. The topic and debates discussed are only for conversational pieces. As we start the series, we begin by stating that these lists created were done by a collection of people. From fans, coaches, and players, these lists were generated to be fun and creative, all the while bringing fans of women’s high school basketball together representing the great state of Tennessee. With that being said, let the debate begin!

In this series we will begin highlighting is the point guard position. The 1 spot on your dry erase board, this position is twofold, to say the least. Depending on the coach and the style of play, the number one spot is a dynamic position. It’s a trustworthy position. One who plays this position has to have the heart, mind, body, and soul to withstand criticism, pressure, the ability to work through things, the ability to process quickly, and the wherewithal to be adaptable. They have to be facilitators, shooters, slashers, kids who can control the tempo of the game, and be the beacon of light who reigns in their team in a time of need. They are the energy givers, the ones who teammates find their strength in, the ones who bring that lunch pail mentality night in and night out on both offense and defense. There is more to do with this position than bring the ball up the court. You have to have poise and grit to fight.

This position could be a traditional number 1 (set the offense up, make good passes, knock down the occasional shot) or the combo type (slash through the lane, crossover pull up, dish it,). For this conversation, we combine the two along with adding these characteristics:

Now that you have a great handle on what we are looking at, here are the top ladies in the state of Tennessee who are the dynamic playmakers at the # 1 position.