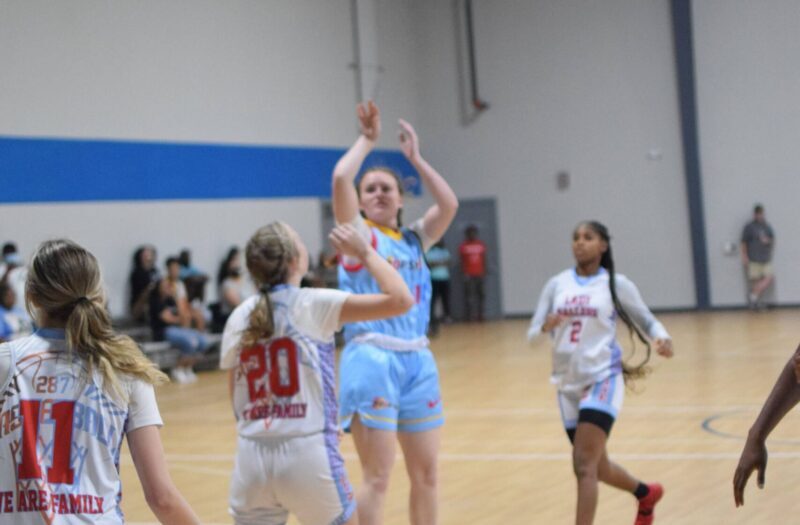 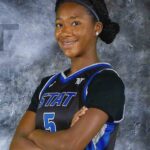 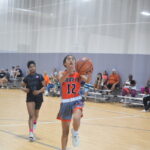 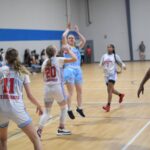 It’s hard doing events without rosters, it’s even harder when your vehicle gets broken into and notes plus everything else was stolen yet I take pictures, I’m a visual person as well as someone that takes this stuff seriously with no agenda whatsoever so with me not being a novice, here is part 1 of “WHO I SAW” and I’ll drop a part 2 as well as NEW FACES from an outstanding event

Reude is what I consider and “back in the day” point guard that understands how to control the tempo, get the ball to the right people at the right time as well as control the tempo but more importantly, “she makes those around her better” and with a very high BB-IQ, aka knowledge of the game, she makes hard things look easy. Her jumper, mid to long-range was clicking, and so was her threading the needle giving teammates gimmes. Called her a #D1Lock at an Individual Showcase in the 8th grade

Young just elevates not only on her jumper but her debut number for the upcoming updated rankings as she is first of all, long and athletic, and always remember that is the base yet when you are able to not only create your shot off the dribble and knock it down from wherever you want, that’s huge but so is her playing the passing lane and handling the ball in the open court and attacking the basket for layups, she also does that in the set

Lenoir is poised and steady, she lets the game come to her yet her first step gives her the advantage to go by the defender almost at will and her frame also enables her to finish after contact. Nice pull-up jumper in the set as well as “stop and pop” in transition, she plays solid “on the ball defense”

Sanchez is a Tip Sheet waiting to happen and her dropping the long ball from another time zone over and over definitely got my adrenaline going yet so so did her acrobatic layups while defying gravity in fact one of her off balance shots took me back to another era but she’s very unselfish, could drop 30 whenever she wants and understands how to put her teammates in position by being vocal on the court, she will be rising up the charts

Okola had me saying “OH MY” with her performance as she gets ready for a huge jump on the net UPDATE, pun intended because her being a recipient of numerous Alley-Ooops while just elevating over defenders around the basket to score virtually at will speaks volumes about her growth since I caught her last season. Yeah she was very good but her ceiling has no roof, huge upside, oh yeah, her timing to block, alter and deflect will eventually have her being able to control a game from either end

Stigall consistently shows me that she is one of the top 2026 guards in Texas because she’s hard to handle, she takes contact constantly when she attacks the basket yet more importantly she finishes strongly and di it with either hand. Her mid to long-range jumper is always nice because of her form and watching her create it but she sees the floor very well and does a good job on defense

Limuel is another player that elevated her game since I last saw her. She too is long and athletic, add UPS because she was like a female “HUMAN ERASER” when the basket was attacked but those same UPS came in handy as she scored around the basket as well as off the dribble to finish after contact. Solid defender, on the ball as well as in the paint and she rebounded on both ends