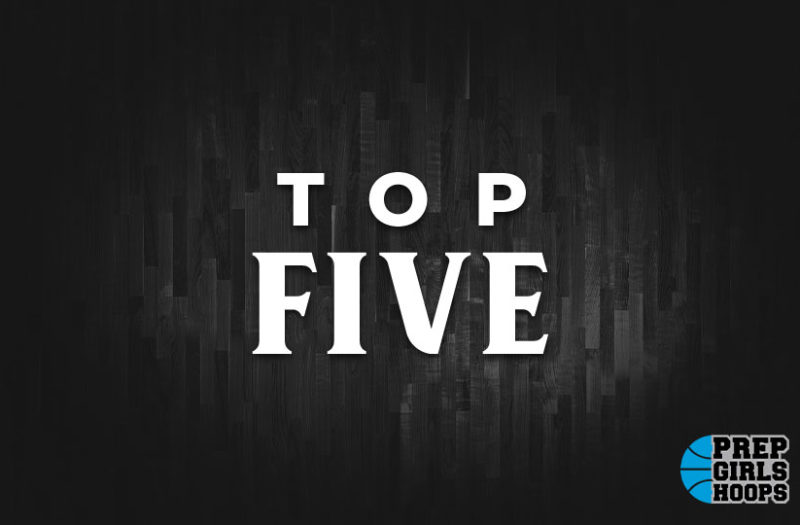 Here are my top prospects in the Class of 2025 for the category of “Defensive Specialists”.  Everyone knows that defense matters in this game and these kids understand that better than any.  Whether it’s anticipating passes for steals, sending shots to the stands with blocks, or solid, fundamental defense with great footwork and high IQ all of the kids on this list add value to their team. Here is a list of 5 young ladies from this class that are an absolute nightmare for their opponents and create a lot of havoc on the defensive side of the ball.

Emma is an athletic, explosive, high-IQ guard in a forward’s body.  She has fantastic length and knows how to get it done on both ends.  She makes the defensive specialist list for obvious reasons.  Her quickness and length combo is one of the best in the area and she can guard positions 1-5.  Anticipation for steals in the passing lanes, solid on-ball defense, and the ability to block multiple shots per game headline her defensive play.  High energy and desire round out a superb defender that isn’t afraid to guard other people’s talent.  You can catch Emma this summer playing for the Pentagon Schoolers 15U team.

Jenna is a standout when it comes to physical attributes for the sport.  An athletic 6’2″ basketball player is going to make lists for that alone, but don’t forget what she produces on the court as well.  She’s an inside-out threat on offense and a huge asset defensively.  With speed and length, she can guard a variety of players and she uses her physical gifts in both the steals and blocks department.  You can keep up with Jenna this summer as she plays at the Pentagon for the Schoolers 15U Team.

Amanda is a star in the making and has been since she was playing varsity basketball as a junior high kid.  She’s explosive as they come and scores from all over.  She is one of the better athletes around at getting to the rim and knows how to finish with or without contact.  What doesn’t get talked about as much is her ability defensively.  She is AGGRESSIVE, playing the passing lanes hard and can pick the pocket of opposing guards.  You feel that she genuinely enjoys creating turnovers and wreaking havoc on the defensive end when you watch her play.  Look for Lease competing in AAU ball throughout the summer for SD Network.

Sterling Brassfield Sterling Brassfield 5'7" | PG Britton-Hecla | 2025 State SD , first of all, what an awesome name, second of all, for the 7th ranked kid in her class she doesn’t get talked about enough.  Small town kid with big-time talent Sterling is a big piece of her squad.  She is a do it all guard for sure who has nice handles and is a great passer.  She shines on defense though and is a ball hawk, snagging steals from her opponent at will throughout the game.  She had multiple 5 steal games last season and even blocked a decent amount of shots.  She takes risks on defense going for the steal and attempting to block a lot of shots but has the IQ to go with it to help her decide when it’s right.  Brassfield is an underrated guard for anyone who hasn’t seen her and she is one to continue watching.

Lesleen is an absolute terror for opposing guards trying to secure the ball around her.  She has a knack for getting steals both on and off the ball and is super disruptive on the defensive end.  She makes this list as a defensive juggernaut that has speed and quickness to go with it.  This makes for a lot of extra buckets per game for her squad at Todd County and makes her an extremely valuable piece of what they do.  As her offensive game keeps getting better, look for her to be a potential stock riser in this class because her defense alone makes her a talent worth keeping an eye on.