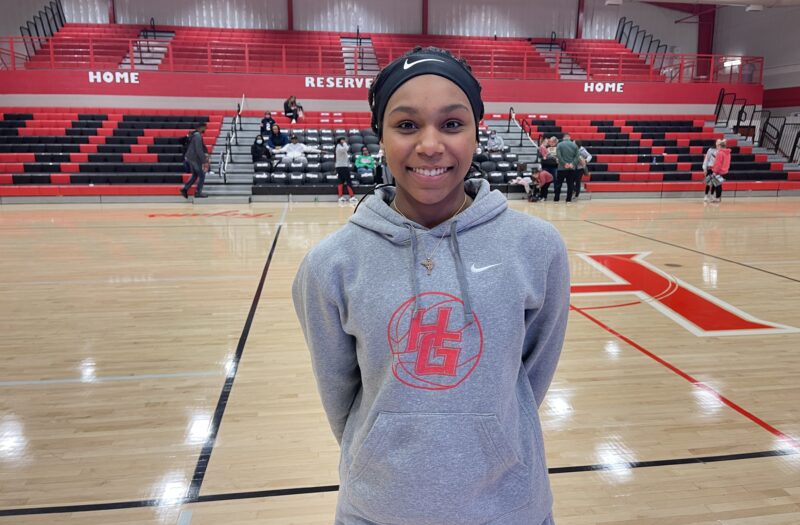 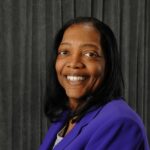 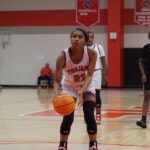 The Queens of AHSAA Play Days is the Hazel Green Lady Trojans; 5-peat 6A State Championships. This program is led by Coach Tim Miller, a future Hall of Famer and upcoming 10 years at Hazel Green.  Coach has been a head coach for 23 years and has a 686-98 record with numerous of other state championships at other schools.  When asked what was the biggest challenge facing this squad was the task of staying focus and motivated to repeat. Their top 2 goals for this season is to be the best team and win another state title. One of their players to watch in the Number 1 rated player in the PGH 2024 Class; Leah Brooks Leah Brooks 6'1" | C Hazel Green | 2024 State AL .  Leah is the best all around player in the state of Alabama, she can shot, rebound and defend.  Her talent level has gotten her offers from several SEC schools. Coach is expecting Sidney Stewart to step up and contribute this year as well.  Then there is that DNA player on this squad; Amiya Redus

Amiya Redus 5'9" | SG Hazel Green | 2024 State AL .  She is from the Redus family tree and has a great basketball IQ, and she can rain 3’s when left open or given just a little space .Amiya will be a great scoring threat for this Hazel Green team this upcoming season.  The newcomers to watch is Jaden Toney, that didn’t have a lot of minutes last season, but took fully advantage of the minutes she got.  Jaden was a little pest on defense and scored when the opportunity presented itself. Then there is Zyriah Price, a transfer from Buckhorn; she making her present known during these play days and during travel ball season, and has already garnered a lot of interest from schools on the next level. Hazel Green is highly favored to return next year.