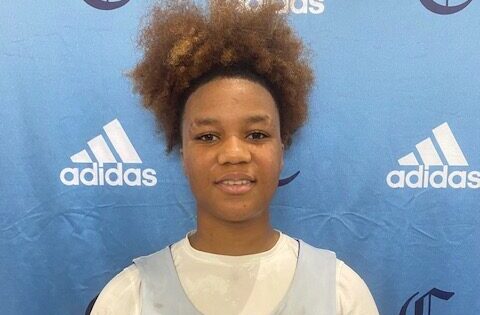 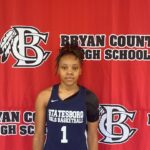 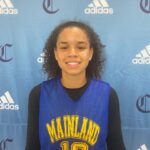 The Camden County Lady Wildcats 1 day shootout took place in Kingsland, Georgia on June 29th. The shootout bought some of the top teams from South Georgia and North Florida all under one 1 roof. The shootout was composed of 16 teams from all classifications. The talent in the building had everyone thinking a State Championship was on the line at the end of the day. Here are the players that stood out to me.

Shania Jones I 2024 I Brunswick

Jones was one of the most consistent players on the day hitting numerous pull up jumpers in the paint. A player that knows how to take what the defense gives her. She pushes the ball well in transition which allows her easy scoring opportunities in the paint.  Has the ability to score at all 3 levels and plays both ends of the floor with energy. She gets her teammates going with her ability to consistently knock down the 3 ball. Keeps her defenders on their heels as she is always in attack mode. Exciting player to watch that will be on a lot of radars this upcoming season. 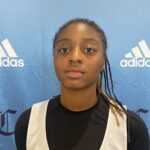 Kayley Wedlow I 2024 I Bryan County

Wedlow is a pure shooter that brings leadership to a young Bryan County team. A player that can score every time the ball is in her hands. Knows how to create her own shot off the dribble or off the ball screen. A player that you must go over the top on screens or she will make you pay by knocking down the shot. Knows how to get downhill off the screens which throws the defense off balance. Should be in the running for player of the year this upcoming season.

Johnson is a playmaker. A player that can do it all. Knows how to really get out and push the ball in transition. I had the opportunity to see her play the past few games and she continues to gain confidence on both ends of the floor. Floor general that sees the floor well and knows how to find her open teammates. She knows how to score at all 3 levels and pushes the ball well in transition. A player that will be on everyone’s radars this upcoming season. 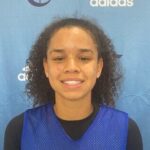 Dobson was one of the best shooters I saw on the day. A player that can handle the ball well in transition but also can pull up from anywhere on the court. Her range starts as soon as she steps on the court. She also sees the floor well and is always looking for a chance to get her shot off. Plays both the point guard and shooting guard position. Will get up and pressure her opponents 94 ft.

Page is a silent scorer. She has the ability to take over the game but defers a lot to get her teammates involved. A player that uses her length to her advantage. Crashes the boards well and creates extra chance opportunities for her teammates. A player that gets better from game to game. She knows how to score through the contact and can shoot the mid-range jump shot. A player that will make some noise in Florida this upcoming season. 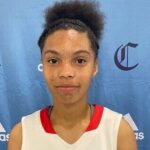 Christiona Farmer I 2026 I Charlton

Farmer is a young player that is coming into high school this upcoming season. A player that has a nice stroke from deep and can also get to the rim off the dribble. A game changer that keeps you off balance all game long. High IQ player that plays well beyond her grade level. Can score at will.  A player that will play a vital role on a young Charlton County team.

Kay’Mar Griffin I 2023 I South Effingham

Griffin plays with a high motor which gets her team going. A player that is probably one of the quickest guards in the state with the ball in her hands. She controls tempo for her team and knows how to get everyone involved. A player that gets downhill off the screens and attack the basket. Gets to the rim and scores through contact. A player that was instrumental in the defeat of San Jose Prep on the day. 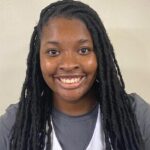 Tyana Glover I 2025 I Camden County

Donaldson is a young talent that can do it all. A player that brings the scoring to her young Ribault team. She knows how to post on the block and also step out on the wing. A player that can guard all 5 positions. Her length creates problems as she gets her hands out in the passing lane and creates a lot of deflections. Knows how to shoot over her defenders and get to the basket at will.