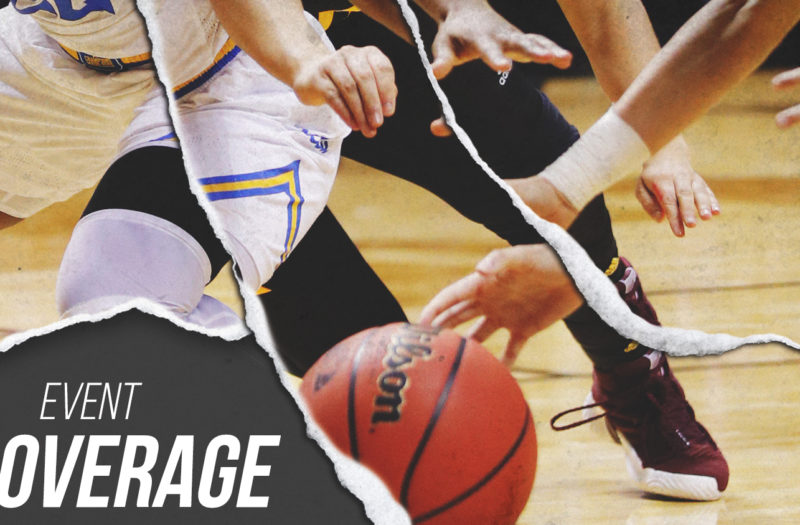 Harvey High School is located in Painesville, OH in the Lake County area and it may be in a location that is under the radar for locations, but like the location, the summer league brought out some great talent. The schools that participated in the summer league high school were host Harvey High School, Richmond Heights, John Marshall, Mentor High School, Alliance, Central Catholic, and St. Joes at the High School level. These teams got better and a few teams had some players that are young, but they are ready to take their teams to the next level.

The Spartans are defensively a pressure team with great length and they force you into situations that many can’t handle. They have good energy and a young team that once they figure it all out will be a tough team. As a whole, the Spartans are good in transition and do a great job feeding off of one another’s energy. Incoming freshman Honor can arguably work her way to being a great player in Northeast, OH for the next four years. Mya Johnson a rising sophomore can handle herself on both ends of the floor. Johnson is a strong physical player that can finish through traffic and can shoot it from the perimeter. Keep an eye on this young program as they have the potential to make great strides individually and as a team.

The red raiders are bringing in a class full of 2026 players that are young and hungry and all summer league brought energy, and effort, and being young it will take time for the efficiency to come. Lola Thomas, a two-sport athlete is taking charge alongside Zharia who is an all-conference player. The red raiders are well-coached and are putting it all together. Thomas has the most experience on the basketball court and in the summer league did a great job leading these young ladies and pushing growth. Zharia is athletic and has good length and the ability to score. I am looking for the Lady Raiders to take the momentum from the summer and the leaders to lead and they will be a solid team coming winter season.

There is so much young talent in this program with Hazel Seyou taking a lead charge. Seyou has been playing as well as making an impact on the varsity level since she has stepped foot on the court for the ironmen. She is the perfect person to lead these young ladies and teach the younger girls the way. Morgan is one of the young guards for Central Catholic that has good speed and a change of direction that allows her to get around defenders. Morgan does a great job finishing in transition and has a good pull-up in her game. Central Catholic will upset a lot of teams this year because of how hard they play and the way that they are coached.

Alliance High School is an hour and something away from Painesville and they made this trip to compete in this summer league which says a lot about their dedication. They have a well-balanced program with post and guards that all summer league made the extra pass and it looked like their team chemistry due to their relationships off the court transfers on the court. Alliance does a good job defensively with pressure and they have some post players that are young, but they know how to play together which is the right way. With the summer league experience, I believe that alliance was able to figure out the few new pieces that they have and will be riding that wave of success that they had at the summer league.

The Cardinals are coachable and they compete from start to finish. The execution on both ends of the floor looked good from the perspective of myself watching from the side. The cardinals don’t play for themselves they play for one another a few players played tough every summer league game and that pulled them together, but they never stopped making plays. This program is good because of their unselfishness and their ability to play the “We” versus “ME” mentality which was everything that made summer league for the cardinals a success with a lot of growth in individuals’ games.