July Watchlist: NEWCOMERS ON THE RISE 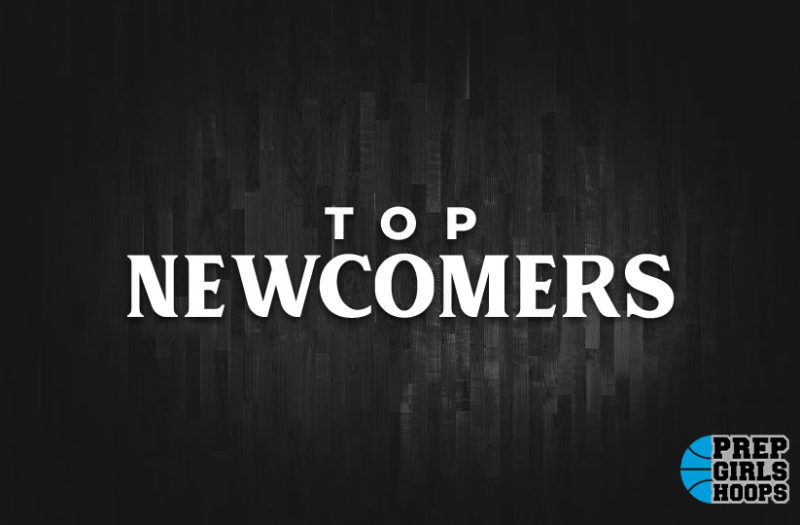 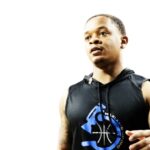 With July right around the corner, here is a list of who you should watch out for to be the difference makers for their teams. These are our top newcomers on the rise, although you may have heard of some already, these 5 players are finishing their summer seasons on a high note!

Rebecca Hajdukovich Rebecca Hajdukovich 5'9" | PG Douglass | 2023 State KS – The upcoming senior for wheat state elite has a shot that you love to see. Her ability to catch and shoot with her quick release makes her tough to guard and fun to play with. When she gets hot her range gets further out and she’s nearly unstoppable to stop when she gets going. With her frame and physicality, she has shown she can play and defend the 1-4 spot on both ends of the floor. Played a lot of point guard for her Douglass team, Rebecca has shown her ability to be a “do it all” player for her team. Knowing she draws a lot of attention on the court with her scoring ability, her playmaking ability has been huge for her development.

Devoriah Brown- The incoming sophomore for heights high school and currently playing her AAU ball for the blue jays are looking to shine now if you have any conversation with her. She has a quiet demeanor and doesn’t show any emotions on the court but her action says it all. Many of her plays began on the defensive end to get her in rhythm. On the defensive end, she takes pride in getting into defenders’ air space and making them uncomfortable. With her applying pressure, all game she forces steals and causes turnovers, resulting in layups on the other end. Although she is known for her defense, she is looking to show she can contribute to the offensive end this season. Devoriah being a lefty shooter and a threat from the catch and shoot behind the 3, Brown has added some finishing moves at the rim and has been showing those off consistently, helping her finish around the trees inside.

Rylan Chandler- You might recognize the last name, she’s the sister of Nyah Chandler and you don’t want to see them as the backcourt on the other side of the ball. Rylan has a unique way of getting into her nice release, she shoots it with confidence nonetheless and knocks it down when left open. Every game she seems to find her way to that right-wing wide-open hitting the 3. Chandler possesses that tenacity on the defensive end racking up a lot of steals on and off-ball. What most people may see as the “easy” off-ball steals, Rylan gets it done on the ball. From taking it from you while you’re dribbling, or you throwing a lazy pass and she jumps right up to get it, count on Rylan to get the job done game in game out.

Nyah Chandler- A big-time rebounding guard is what you think of when you think about Nyah Chandler. She has put on a clinic in multiple games snagging down double-digit rebounds. 12 being her favorite number when it comes to rebounds, she isn’t afraid to get in there and be physical to give her team a few more chances with some extra possessions. She doesn’t just rebound, she is known to fill it up for her teams on a consistent basis. Nyah has a nice shot and has the confidence to go with it putting up a few 20-point games this season and utilizing the 3-ball really well. If you’re playing with chandler, be ready to get out and run, she doesn’t hesitate to push the ball in transition looking to get easy ones. Nyah is slowly on the rise, be on the lookout this won’t be the end of her.

Tara Wills- The guard for trinity high school just recently picked up her first offer from Barclay College earlier this summer. With this being her first offer it for sure won’t be the last. Tara possesses some assets that other plays don’t on a consistent basis. Wills ability to defend, have a high IQ, and be the hardest worker in the room has led her to her many success so far. Tara has spent time this summer doing workouts, AAU tournaments, and a lot of team camps/showcases to continue to get her name out there. She has drawn a lot of interest from NAIA schools and will look to make a big splash this school season at trinity.