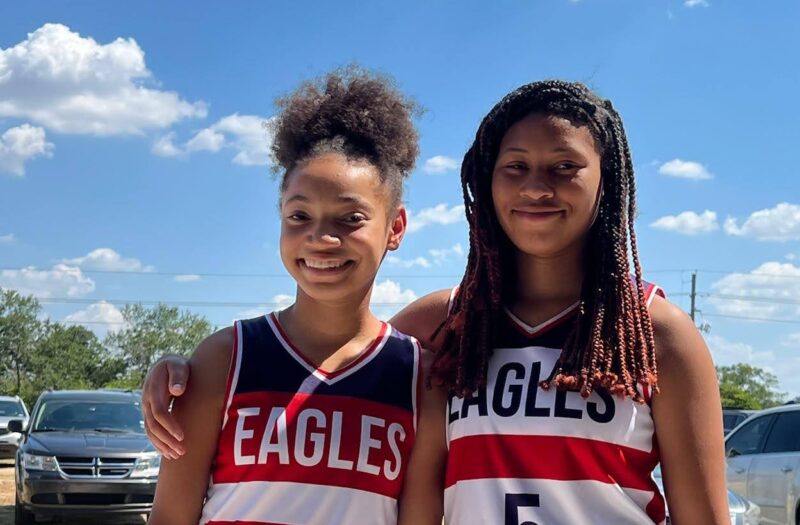 New Faces are simply that, faces I haven’t seen or seen enough of yet in a world of thinking things are self-explanatory, sometimes I want to make sure with all of the hocus-pocus involved but again, depending on what narrative you want to believe, certain things are said that I probably would consider false yet all I have ever wanted to do was spotlight players capable of playing at some level of the next level, that’s me, so I’m tying in the story with The Glue which means just that, sticking things together that the novice may consider small yet in the scope of things, they are definite pluses 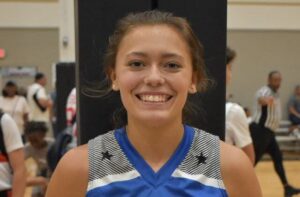 Dougharty dove on the floor off the top for a loose ball yet her desire to defend and battle just got me going. She also did a good job handling the ball as well as seeing the floor plus she scored off the dribble

Bagneris mirrors what I just said, I enjoy players that find ways to contribute, and the ones that do things that don’t necessarily appear on a score or stat sheet play an important role in the scope of team ball

Phoenix played solid defense and I’m talking “on the ball” baseline to baseline. She also played the passing lane and showed she could score off the dribble

Phoenix made the TOP PERFORMERS Tip Sheet as she enters her freshman season and I wanted to add something more than what was in the previous article, her ability to create her shot and drop the mid to long-range as well as score off the dribble

Singleton brought a lot to the table yet the SINGLE thing she did that weighs more than a TON, see what I did, is play the passing lane over and over

Mears also plated the passing lane numerous times and watching her come out of nowhere on one particular play JUST DID IT for me. She also has quick hands to come up with steals

Pleasant is always just that but her athleticism is a huge plus because she can wear players down defending them, her OTB heat is smothering at times yet she also scores powerfully off the dribble

Williamson is “long and athletic” which is the base so let me add some PLUSES. She scores off the dribble, she defends, and she plays the passing lane however that midrange pull-up jumper is HUGE

Totino falls into one of those players that “never takes a play off” and her baseline to baseline defense as well as her rebounding on both ends, yet she also can score, either around the basket or facing the basket with the pull-up