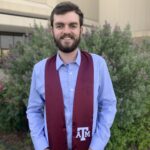 Check out my analysis on some of the top performers from the Next Level and MW Sports Academy from their time at the Alodia Sports Light It Up Shootout!

Emma is a sharp shooting point guard who can get it done across all three levels of the floor, and create opportunities for her teammates. Her passes always seemed to find her teammates in rhythm allowing them to quickly get shots up from the perimeter. When she has the ball in her hands she is a confident playmaker who is a threat to score from all three levels of the court. She loves hunting for her midrange pull up at the top of the key after finishing at the rim a few times. She is a great shooter off the catch from the perimeter, especially when she gets a beat to set her feet. She loves operating out of the corners and the wings. On the defensive end of the court, she uses her energy and motor to come up with steals and deflections but also blocks both on the interior and on the perimeter.

Saleen is an impressive combo guard with the ability to affect the game on both ends of the court using her incredible court awareness on both ends of the court. On the offensive end of the court, she can play on or off the ball. She constantly moves without the ball and fills into space on the perimeter and in the midrange whenever she sees fit. She is a sniper when she gets an opportunity to set her feet and catch and shoot from the wings. She is a real weapon on the perimeter, using her quickness to get around her opponents and into the teeth of the defense. I was not surprised to see she also runs track for her school! With the ball in the hands she is a complete threat to score from beyond the arc, take her opponent off the bounce or create a shot opportunity with the attention she draws. She made incredibly aware cross court passes to find the open teammate on the back side of the play. Defensively, she has very active hands that always seem to be poking the ball free and allowing her team to run in transition.

Lola is a skilled wing prospect with her ability to handle the ball, paired with her size and ability to dominate on the perimeter. I was very impressed with the natural guard skills she displayed, initiating offense and coming off the pick and roll. She always seemed to make the right passes when she was heavily defended and drew a second defender. I really loved the awareness she displayed to break the full court press with crisp 3/4 court passes as well. Lola showed an ability to really affect the game on both ends of the court as well, strongly grabbing rebounds and even protecting the rim when necessary. She is a very smart help defender who came over at the right time and stayed vertical to affect her opponent’s shot. I would like to see her work on her aggressiveness with hunting her own shot in the midrange as well as improving her handle.

Vernayzia is a true point guard with the way she handles the ball and uses her quickness to blow by defenders. Her overall skill with the basketball was very impressive, and she effectively used her dribble moves to get around her opponent, especially out of the pick and roll. On the defensive side of things, she has very active hands that have a knack for poking the ball free from her opponents, allowing her to race down the court for easy looks. She is an intense on ball defender who is great at fighting through screens and staying on her opponent. She even played the passing lanes and baited her opponents into lazy passes. I would like to see her work on not angling herself as she is driving to the rim, she has a tendency to fall away from the rim, and if she works on attacking the rim more head on it should fix this a bit. I would also like to see her work on her off ball motion!