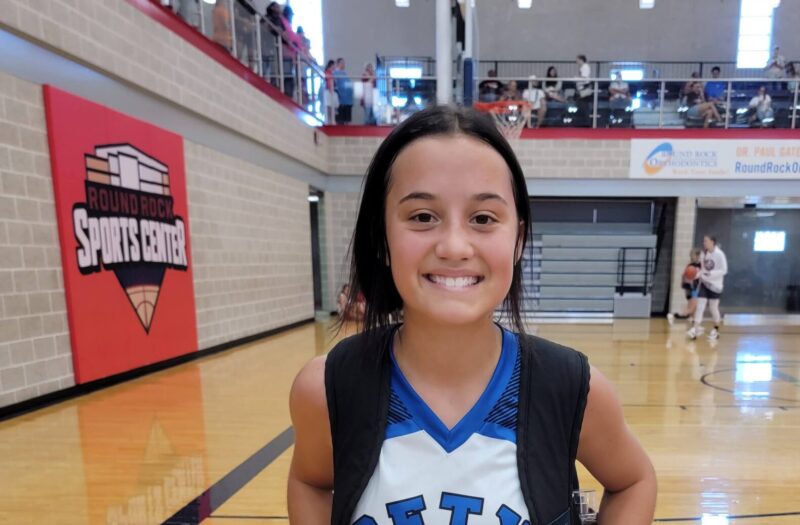 I was trying to figure out something innovative, that’s what I do and have always done since I became the FIRST person to COVER Texas on a NATIONAL LEVEL and although many of you read and (or) think otherwise, well believe what you want because a 2nd-grade education and the ability to use a SEARCH BAR shows I branched out on my own in 2009 because the so-called “significant” publications I had been writing for were only interested in 4 and 5 STAR players but since there more players CAPABLE of playing at some level of the next level, I went solo so, like everything else I try and explain, about this, I was right. I had a chance to cover some teams from the Beaumont area, aka THE GOLDEN TRIANGLE, from both the Houston Summer Slam as well as TJ Showcase and the camp I co-host with Austin Elite #AllEyezOnMe so I was overly impressed with both SETX Elite and SETX-White as well as Cy Fair SETX squads that I had to drop this, in 3 parts, I’ll even catch another from the area this weekend at a Prime Time event but let me SIM it up, that area is HOT with talented players

Reynolds is about to wrap an impressive career yet in high school yet she sold me back in middle school with a couple of crucial things. One was how she reacted under pressure, which was HUGE as well as her ability to do things instinctively. Fast forward to now, the pull-up jumper is smooth, she also sees the floor both in the set as well as in transition but I’m really impressed with the defender she has become

Stephenson was more than a pleasant surprise, first of all, she’s long and athletic, please remember that is and always will be the base. Her timing got me off the top as she elevated to reject some shots yet did, even more, to add to her base. Yes, she rebounded, on both ends, and scored around the basket but she also played the passing lane as well as defended both inside and outside the paint plus she not only rebounded but went after the ball off the rim

Owens was a standout at both #AllEyezOnMe and #TJShowcase because she showed not only good hands and footwork Aron’s the basket, she showed no matter what, she would keep coming at you. She took a very hard hit that I almost felt at TJ, yeah that was hard, yet came back and dropped an official double-double but her powerful finishes, as well as her upside, are noteworthy

Warden got the #D1Lock dropped on her by me before her first middle school game. I had caught her in a couple of individual showcases the past few seasons yet hadn’t seen her in over a year. Let me say this, her pull-up jumper, while being defended, is one of the best In Texas, all classes included. She’s heady, can score in the flow or take games over offensively, has scary upside and I have to mention she wants the ball “in the clutch”