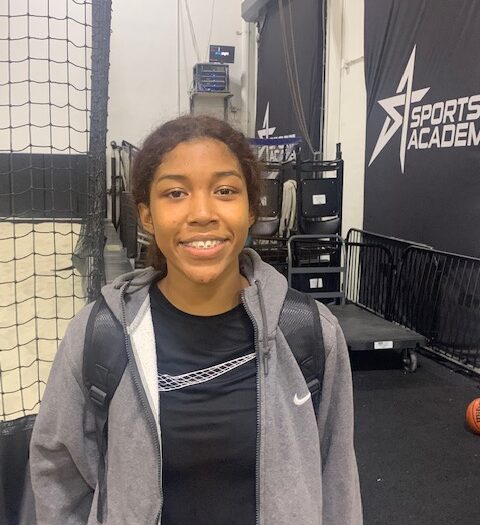 This weekend kicked off the July live period and for girls basketball, most events with CA teams participating were held out of state. But Sports Academy in Thousand Oaks, CA did play host to a local event, the End of Trail SoCal Showcase. The event was held from Sunday, July 10 to Tuesday, July 12 and featured teams from both Northern and Southern California as well as some from out of state. I was able to attend the event on Monday, July 11 and I focused on the CA teams. Here’s a look at some of the top wings I saw.

This was my first time seeing Barnett play and what stood out the most was her slashing ability. She’s good with the ball in her hands and attacking off the dribble. She can draw contact and she’s able to get herself to the free-throw line. She can also drive and dish to open teammates. Runs the floor well in transition and can be the primary ball-handler. She can also shoot it from three-point range.

Cruz was a All-City First Team player last season as a sophomore and has a lot of room to grow. She was playing up front as a five in the game I saw but is more of a wing at the high school level. She can handle the ball and shoot the pull-up jumper. Good catch and shoot player from the corners. As the game went on, she started showing an ability to get to the rim. Defensively, she contests well on perimeter jumpers.

I don’t remember seeing Cohen score any points from the game I saw, but what stood out to me was her activity all over the court. She can handle the ball and push the pace in transition and knows when to give the ball up. She plays hard defensively; she uses quick hands and long arms to make it difficult on the ball-handler and knock the ball free. Chases down loose balls and dives on the floor to secure the possession.

For a young player, Anderson looked very advanced and fundamentally sound. She is active around the rim making good cuts and getting open in the dunker spot. She can finish through contact and draw fouls to get to the free-throw line. She can also put the ball on the floor from the high post and get to the rim or pull-up and shoot a little jumper. Good box outs to grab rebounds and follows misses. A player to watch for the future.

Guerrero is a natural two guard with good handles. She’s able to attack off the dribble and get past her defender without a screen. She can get to the rim but needs to improve on finishing if no foul is called. She can draw fouls though and get herself to the free-throw line. Pushes the ball well in transition. She isn’t the biggest guard, but she does try hard on the glass.