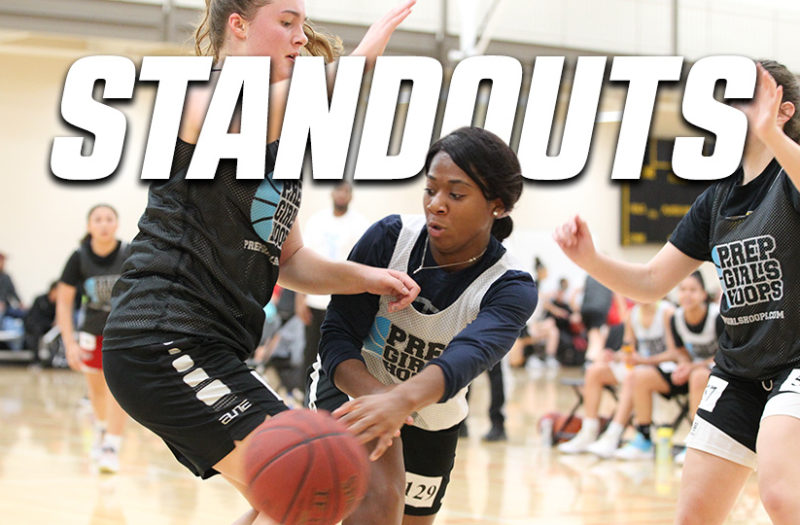 We’ve gotten the chance to check out some games in the Haddon Heights Summer League over the last few weeks and after watching quite a bit of basketball, it felt fitting to talk about some of the standouts we’ve seen on the floor during that time. Here’s a quick rundown of some of those players, and do keep in mind that some of these players we’ve discussed before and are on our rankings. However, they played very well in the basketball we watched.

Kessler shined in her game against West Deptford, being the only varsity starter there as the Renegades only had five players for Monday’s game. However, she led the offense well with her crafty playmaking ability in the lane and smooth shooting from the perimeter. She’s taken on a new life since transferring to Shawnee and is easily one of the best players in South Jersey without a doubt.

Thomas is a big body who is going to be taking over Nia Scott Nia Scott 6'1" | PF Shawnee | 2023 State NJ ’s place on the team once she graduates next season. She’s still getting adjusted to the varsity game, somewhere she bounced back-and-forth between as a freshman. However, that size plays and she’s got a great mentor in Scott to look toward on how to play down low. With more consistent minutes, she’s going to be an absolute stud.

We talked about Dickson as a big player to watch coming into the summer and for good reason. She operates that Sterling offense without issue and is a fantastic ball-handler. She’s able to pull up with ease from beyond the arc and has some incredible passing ability. Sterling as a team really shined on the passing side of things and with Dickson at the forefront, this team is going to be really good next season.

Quinn was making her presence down low felt in a big way against Westampton Tech, getting easy buckets on the block, simple layups that were executed to perfection. She cut through the lane really well, getting herself open often for quick buckets. Quinn has good speed on the breakaway, but it seems her bread-and-butter is to exploit those defensive mismatches, get the ball in the paint and go up for a quick basket. Don’t be surprised to see her rack up points like crazy from that this winter.

What a performance Spady put on against Sterling, a fantastic shooter, a shot-creator, someone with a great feel at the point, great on dribble drives and a really clean release on her shots. She looked miles better than the competition and impressed from beyond the arc. Standing at just 5-3, while she might be undersized for a guard, she more than makes up for it in a number of ways and has swagger on the floor. She’s going to score on you and let you know it, and then back that up with even more scoring.

While listed as a forward, Williams portrays much more the skills of a guard and fits much better into a system where she has the opportunity to shoot in bulk and continue to work on that release. She has a smooth shot and doesn’t force things up when unnecessary. She also crashes the lane well and tracks back well on defense. That shot though, when it’s on, it’s on and she’s a dangerous player to try to guard.