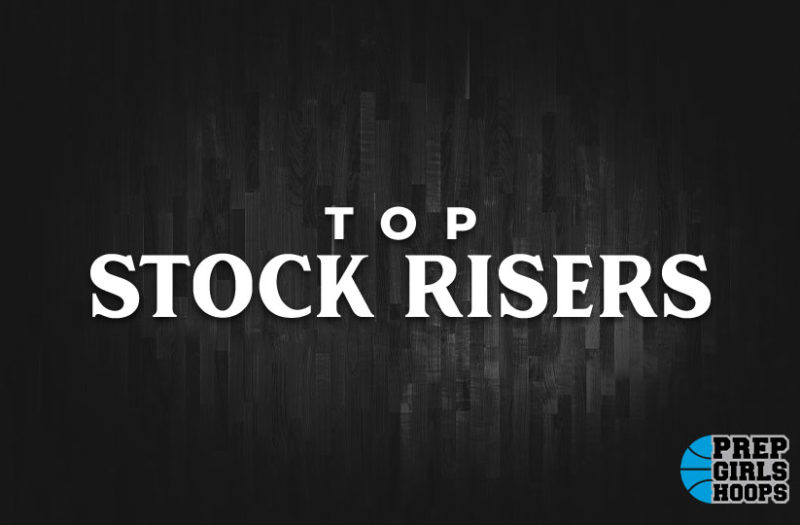 As the summer continues to roll by, the AAU season subsides and the summer league season takes over. We’ve seen that in New Jersey over the past few weeks, especially in South Jersey as I’ve been able to attend some games at the Haddon Heights Summer League. There are 12 girls teams competing there and there’s without a doubt some great competition around and great players to discuss. With that in mind, since we’ve already gotten a chance to talk about some great players within the league, here’s some more up-and-coming prospects from some of the participating teams.

Belbin is exactly the replacement West Deptford is looking for this season after senior leader and forward Olivia Magee graduated this spring. There’s something about Belbin’s play, something electric to it every time she gets the ball down low because you know she’s going to get a really good scoring opportunity to come out of it. Her overall movement and agility for a taller forward is fantastic and she looks very comfortable right now patrolling the paint and making her presence felt.

DeCaesar is the best returning shooter for West Deptford next season and she’s looking to improve upon the success she had on the floor as a junior. She’s an effortless shooter with a really great shot and a quick, but graceful release. Watching her play, she’s not trying to force up shots that don’t need to be forced up. She’s just trying to pick her spots and continue to be effective. DeCaesar has the potential to be the top shooter in the Colonial Conference next season with the improvements she’s made to her overall game.

Chhabria was a player we were on the lookout for at the start of the summer league and for good reason because she’s one of the best under-the-radar prospects in South Jersey. She commands an offense well as a rising sophomore and can beat you in a number of ways on the floor. Her skillset reminds me more of a playmaking guard, but her height and size give off those qualities of a forward that allow her to attack the rim but rise from the perimeter and get easy mismatches on offense to capitalize on.

O’Callaghan is part of a stacked rising senior class for Camden Catholic and with the loss of last year’s senior forward, Sarah Johnson, that paves the way for O’Callaghan to take over her place. She definitely has the ability and skillset to, playing as the second featured forward for Camden Catholic last season. However, this is going to be quite a big jump for her to take over that starting spot and be that girl in the middle. Looking at her toughness down on the block and her overall success as a forward, she’s going to have immediate success.

Frith has a bright future ahead of her at Delran and already looks like she’s a seasoned veteran after just one season on varsity. However, that’s just how good she’s evolved as a player. Frith is playing a combination of AAU and summer league right now, duking it out against some of the best local competition and some of the best regional competition simultaneously. That’s been a big boost for her as she continues to work on commanding the point, taking smart shots, facilitating for opponents and driving hard into the lane. Look out for what is going to be a massive season for her coming up.