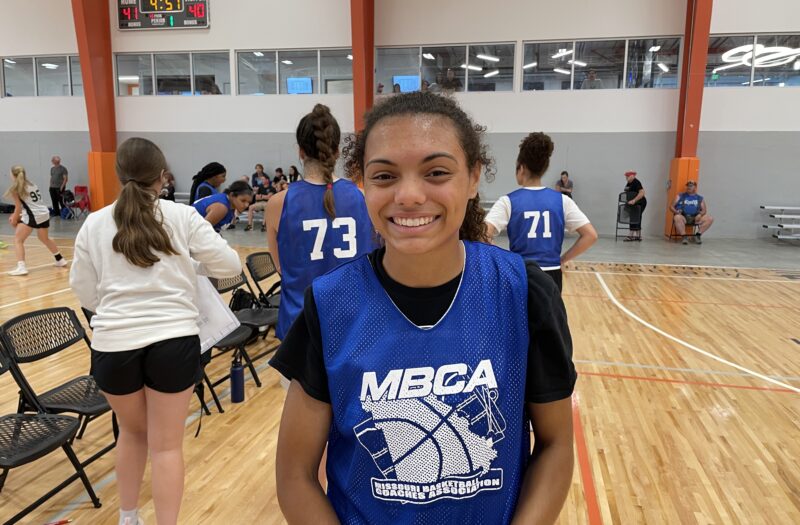 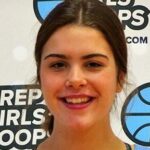 Prep Girls Hoops Missouri takes a look at the members of Team No. 7 from last weekend’s Missouri Basketball Coaches Association Small College Showcase, which was held in Columbia. 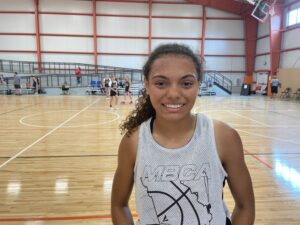 Nariah Clay (Canton): A 5’8″ 2023 combo guard who has good athleticism and a terrific motor, which kept her on the attack throughout the entire weekend. She was aggressive in getting downhill on the drive and she did an excellent job finishing at the rim. She also mixed in some good 3-point shooting to compliment her drive game. She also gave a spirited effort on the defensive end. 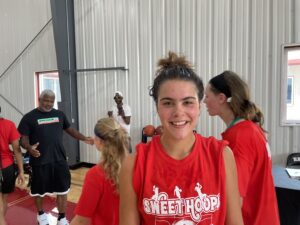 Rory Conboy 6'0" | SF Lindbergh | 2024 State MO (Lindbergh): A 6’0″ 2024 forward who has a versatile post game in the lane. She made several nice plays from the high post where she was able to put the ball on the floor and get to the basket in either direction. She was also capable of flipping the ball up and getting buckets at a variety of angles that kept defenders off balance. She picked up an offer from Stephens College while at the event. 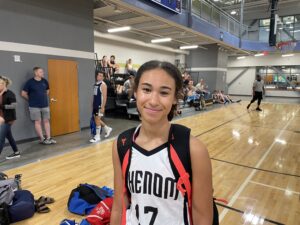 Malia Chievous (Rock Bridge): The 5’10″ 2025 guard played a good overall game while also showcasing her athleticism and strong motor. When she wants to get downhill, not many defenders are going to keep her from getting to the basket. She was also handling the ball well and knocking down the 3-pointer. She finds open teammates with her passing and she rebounds the ball well. 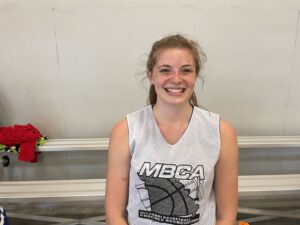 Madison Brown (Prairie Home): A 5’8″ 2023 small-school standout who did a good job hitting perimeter shots off the catch. She moved well without the ball to get to the open spots on the floor and worked well with her teammates. She also hand a nice runner in the lane. She could also grab the rebound and bring it up the floor to lead the fast break without an outlet pass. 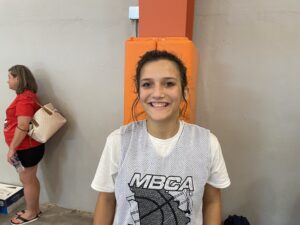 Ashtyn Callaway Ashtyn Callaway 5'8" Niangua | 2024 MO (Niangua): A 5’8″ 2024 guard who handled the ball and shot the ball well during the camp. The lefty had some good escape moves to get into the lane and score and traffic. She also connected on a few 3-pointers, which were of the line drive variety.

Anna Parker (South Iron): A 5’3″ 2024 point guard who is a good on-ball defender who will pick up ball handlers in the full court.  She is a good 3-point shooter off the catch when she gets the time and space. She was also able to sneak into the lane in score on some runners as well.

Tyler Griffin (Normandy): A 5’1″ 2025 point guard who was the smallest player at the event. She was also one of the quickest players, which she used quite well on the defensive end as she moved her feet very well. She also had some nice penetrating drives in the lane for buckets.

Ava Williams (North Shelby): A 5’10″ 2023 forward who is a good positional player who played the angles and used her body well inside. She was very good at backing down smaller defenders on the dribble to get to her spots inside. She could also finish in the lane with some nice off-the-ball cutting ability.