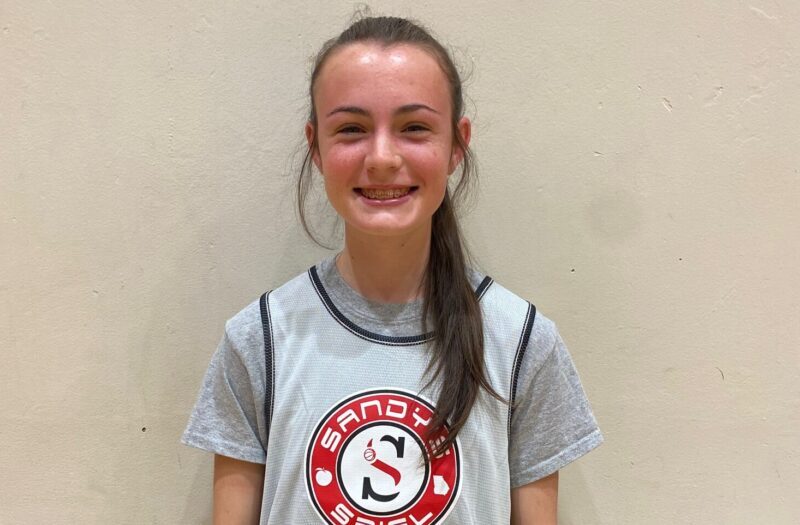 2025 5-4 G Caroline Bull – Chestatee
Bull has closed her sophomore summer strong, finding her stroke from beyond the arc. Caroline will create off the dribble sometimes, but her primary offensive game comes off drive and kicks to the corner. She has hit multiple threes in every game I’ve seen this summer and hasn’t needed to be a volume shooter.

2025 5-8 W Athena Vachtsevanos – North Hall
Athena has had a consistent summer in the games I’ve seen. She’s not afraid to hunt her offense and can do so off the dribble downhill and with her jumper. Vachtsevanos has a wiry build and a good motor. She can help defend multiple positions on the perimeter. Athena uses her length well to sneak onto the offensive glass for putbacks.

2027 5-2 G Addybeth Owens – Rabun County
Playing up, the rising eight grader holds promise. Addybeth got into the lane any time she wanted to while playing JV. She handles the ball well for her age, able to crossover her defender and get two feet in the paint. Owens likes to drive and dish. She scoops off passes from her hip to open teammates. Quickening her moves and finishing at the rim are areas of growth that she will improve upon before she gets to high school. Owens should see major minutes right away in the 2023-24 season and be the next in a long line of strong LadyCat guards.

2026 5-5 G Blakely Boyd – Chestatee
Blakely Boyd will help out right away at the varsity level. She has been clawing her way up the depth chart this summer thanks to her toughness and blossoming offensive game. Boyd is a grinder. She gets on the glass and is a tough-nosed defender. She shoots the ball well from the perimeter like her older sister Addison, but Blakley has really impressed me this offseason with her ability to get all the way to the rim. I wouldn’t be surprised if Boyd carved out a few starts by the end of her freshman season.