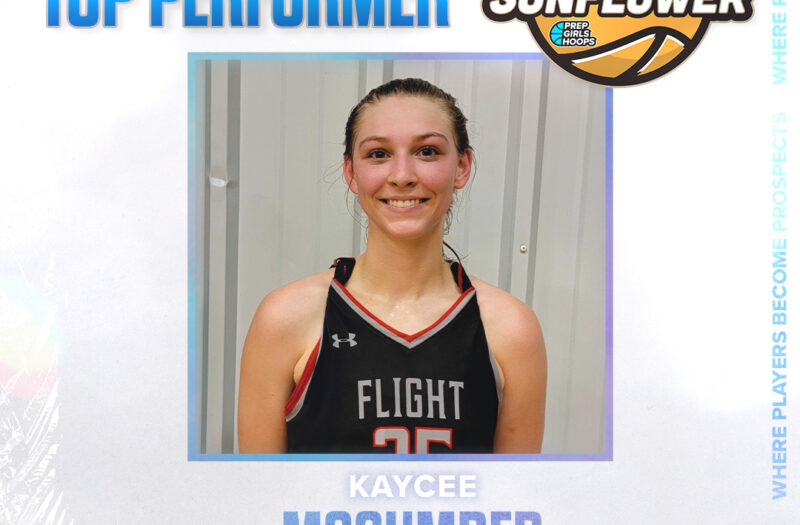 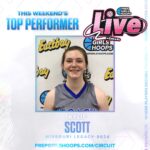 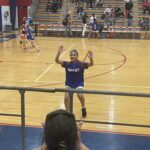 I caught plenty of action on opening day in Kansas, and to say I was somewhat overwhelmed off the top would be an understatement yet I emphasize one more time, “talent is everywhere” and I love seeing new talent, here are 6 of the Top Performers, I’ll have much more during the week, stay ready

Scott had me thinking “Great Scott” after her numerous #THROWBACK intangibles got me going early. First of all, she battles for everything and doesn’t mind diving on the floor yet other than her rebounding on both ends, she handled the ball and saw the floor, which is significant when you factor in her size. I also enjoyed watching her ” play the passing lane” I LOVE THAT, as well as her timing to block, alter and (or) deflect shots

McCumber had not only my attention but a group of college coaches speaking some of the same things I was thinking about her game including the ever-so-important “hands and footwork” around the basket. She scored numerous times using that as well as off of putbacks but her rebounding, on both ends as well as running the floor was impressive, and so was her attacking the rim from the wing

Beltran just left me speechless, again, because I’ve caught her several times and she is so focused and “poised under pressure” that there is no telling how good she will be, she’s perfect now. She understands how to control the tempo, she sees the floor very well and she makes the right pass to the right person at the right time but she also can drop the mid to long-range consistently

Jackson turned in one of the best electrifying first impressions I’ve seen all season, I’ve covered a variety of events in a variety of states on various platforms so yeah, she left me with some memories. First of all, her explosiveness with the ball “JUST DID IT” for me and that, coupled with some very nice body control and acrobatic finishes would have been enough yet she dropped the long ball with ease, a solid defender, and played the passing lane

Adams slid 5 feet for a loose ball as I walked onto her court, right in front of me and I never took my eyes off of her because to say “she goes hard” baseline to baseline, would be a definite understatement. She battled taller players for rebounds, she play “on the ball” defense and she also played the passing lane strongly. I also got a kick out of her “splitting defenders” off the dribble as well as her finishing after contact

Woodson is going to create some problems down the road, well she’s already creating them, and with her mindset at this stage, trust me. She can explode off the dribble, in the set or open court, and she has a nice crossover as well as The HEZ to keep the defender off balance. She also creates her shot and can knock it down but her falling into te “never takes a play off” type of player will be huge in the long run