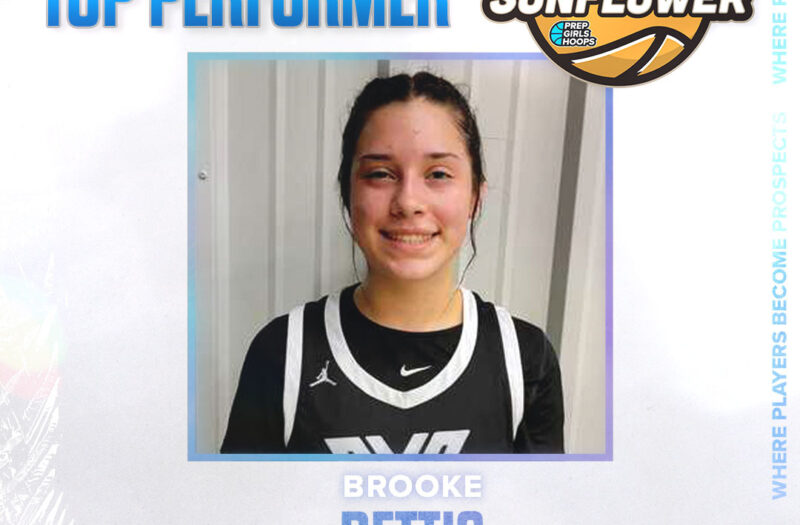 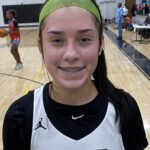 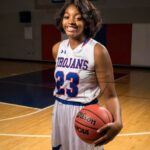 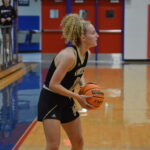 A variety of new faces are on this list, well maybe not completely new but having a better look at those I had caught glimpses of. I express over and over to SEIZE THE OPPORTUNITY when you’re on the court because you never know who’s watching you and play the same, no matter if you’re up or down big, just BRING IT, so here you go with some of the other players that caught my eye, don’t fret, multiple articles will be coming from yet another exciting event

Ulmer goes hard every play and watching her battle for rebounds over and over again was enough to get her on the list today however she’s vocal, she scored off the dribble from the wing, and she finished countless times around the rim, after contact. She defended both inside and outside the paint, even played the passing lane, and showed she could handle the ball in the open court but when she showed me the drop step, I had to drop #THROWBACK

Bettis is smooth off the dribble, well she’s smooth period at creating her shot and her attacking the basket with a deceptive first step is part of it. Her ability to drop the outside shot, mid to long-range, with a hand in her face caught my eye on opening day yet her ability to do the same thing in the clutch on day 2, JUST DID IT, for me. I love her playing within herself, she lets the game come to her and she also did a good job defending

Frazier gave me a much-needed boost with her explosiveness off the dribble and proving one more time that #sizedontmatter when you can play. I love using hashtags when they fit and her zig-zagging in traffic, with the ball to either score or hit her teammates with “on the money” passes was refreshing, to say the least. She understands how to run a team, how to control the tempo, and who to get the ball to at the right time. She’s heady and just gets it done

Kitchen had a lot of appliances and let me remix this, be ready for the heat when you guard Kitchen as opposed to if you can’t stand the heat but on opening day, her ability to shoot the ball just grabbed me as I caught the end of one of her games, so to make sure I wasn’t seeing a mirage, I doubled back. She created her shot under pressure and knocked it down yet the mid to long-range is only part of it, she also showed she could “catch and shoot” which will be huge as her career progresses

McSwain left me speechless on opening day because of her countless no-looks while she was driving to the basket going full speed. She does things instinctively and understands how to trap as well as force the offensive player into one but she also did a good job defending “on the ball”. Back to the offense, she drops the jumper consistently while b being defended and her first step can leave defenders cemented to the court. Here upside is very good