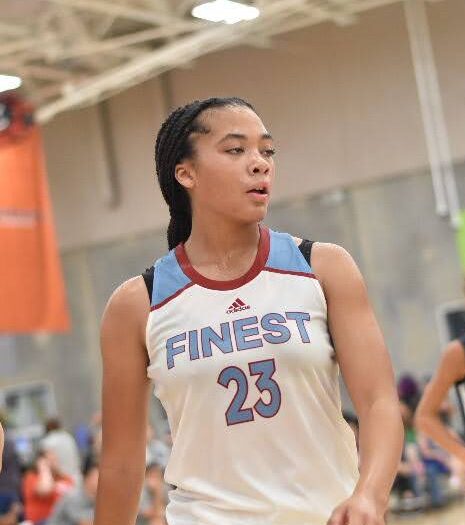 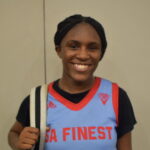 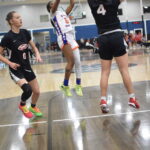 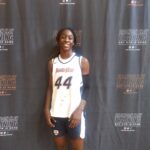 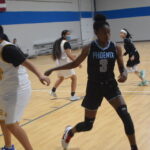 Garcia attacked the basket from just about every angle using a deceptive first step however her FLOATA was also nice. She did a good job on defense, solid “on the ball” pressure plus she showed good timing to block shots as well as play the passing lane

Wade blew by defenders numerous times, not only in the open court but the set as well and her acrobatic finishes have been consistent since I caught her before high school. Court vision is always a thrill, especially with that extra zip she puts on passes in traffic, and let me also add she defends well

Clack is the new member on Cee Lou I was referring to and yeah I saw her a few years ago yet she has elevated her game to yet another level. It’s always about “the right fit” and she is in a very good position even though hadn’t added her to the Top 100, that will be taken care of in a huge way when she makes her debut. She’s long and athletic, that is the base. has good timing to block, alter and(or) deflect shots, pays the passing ane, and rebounds strongly. She also explodes to the basket, finishes after contact, and was clutch

Narcisse handled her business, “it’s not what you do, it’s who you do it against” is one of my all-time great sayings, all you have to do is be able to comprehend what it means but her poise under pressure, she played against that same Cee Lou team and did well. Her pull-up jumper as well as her body control on her finishes have always been among the things I enjoyed about her game, and still is

Jones has been a pleasant surprise for me this month and finding out she was out because of an injury had me saying “well she’s back” and in a big way. She helped lead her team to a runner-up finish in their division yet on opening day, she set the tone showing she could score attacking the basket as well as with the jumper but she rebounded strongly against taller players and did a good job defending “on the ball”

Turnbow had me turning my head several times as I’m just one of those #THROWBACK lovers and when she showed the “drop step” I was excited. Her hands and footwork are nice, she uses her body well around the basket ad finished consistently around the rim, yes after contact included

Washington gave me the boost I needed as the evening was winding down and I wish I had the video but her “MONSTER BLOCK” was definitely a highlight for me. She did it with authority, well she also rebounded with authority and showed power in the paint as she used her body and scored around the rim as well as on putbacks

Martin has SWB, speed with the ball, and watching her in the open court has always been refreshing so if you’re running with her, she can hit you, yes her court vision is good but so are her finishes and seeing her body control, including after contact always grabs me. She’s intense on the defensive end and uses her quick hands and timing to come away with steals yeah that includes playing the passing lane but she also can drop the mid to long-range

Okola did something I haven’t seen many times on this side of the game in my over a SCORE of watching, observing, and evaluating and that’s “pin the ball in the square”. I don’t fabricate, watching her progression has just been exciting, sort of like the “alley-oops” thrown to her but those are not only highlights but momentum changers and she is turning into a dominant player on both ends. She’s long and athletic, defends, plays the passing lane, rebounds on both ends, and can SCORE, which is 20 years, around the basket as well as  facing it

Flemings’ game and demeanor are ahead of her years and she is going to create numerous problems in high school yet her “not getting rattled” by anything speaks volumes as she is falling into that #HerClutchness category. She scores multiple ways, she sees the floor and she defends but she also can rebound and handle it coast to coast under pressure. I called her a #D1Lock in the 5th grade I believe, throw away the key