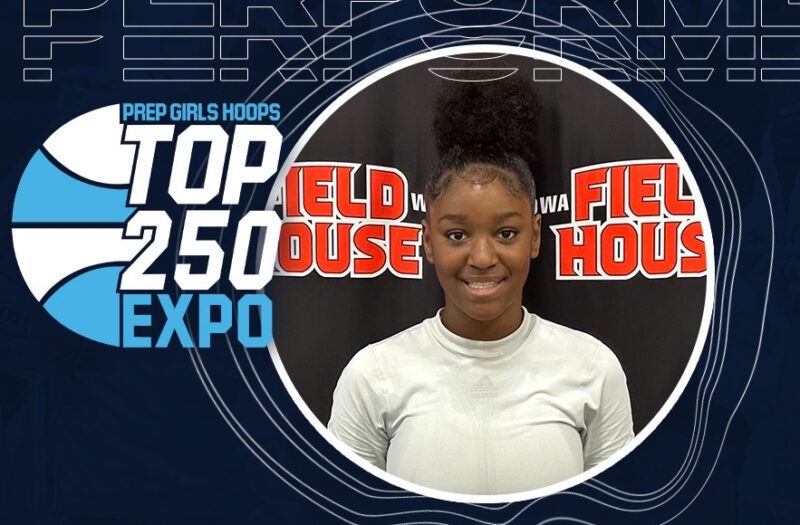 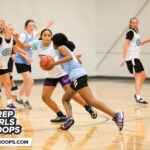 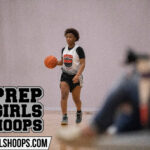 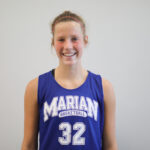 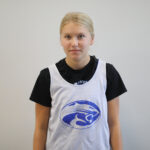 A litany of talented young women was on display at the Iowa West Fieldhouse on Sunday. These young ladies were placed on random teams to show their skillsets and how quickly their teamwork can translate with a new set of teammates. Hustle stood in the forefront on all teams, but I will cover the individual performers who game caught my eye.

One of the most well-rounded players on the floor, Tcheuhchoua has good size and length, and has strong handles that allows her to create her own shot. She can score at any level on the floor, getting to the rim or pulling up from deep. She has excellent footwork in the paint that helps her grab rebounds and stay with opponents on defense to challenge shots. The Eagles lost a couple valuable wing players but Tcheuhchoua should make an immediate impact with Super State guard Inia Jones

Hill was impressive on Sunday. She attacked the rim and showed she could finish multiple ways at the rim. Hill’s motor was always running and as soon as a rebound or turnover happened, she was getting down court and attacking. She is a pest in on ball defense and is quick to get her hands in to get a takeaway. Hill will be a major bucket getter for the Vikings in the coming years.

Stover is the perfect example of a forward with a guard skillset. Her size makes her a challenge in the paint; however, she can take any player off the dribble on the perimeter. She attacks the rim like the clock is running out every time she touches the ball and can finish strong at the rim in multiple ways. She seems to enjoy the physical part of the game and has the hustle to chase down any loose ball. Stover will be a force for the Crusaders this year.

Controlling the boards is a winning formula for most teams, Rosloniec cleaned the glass in each game that I watched of hers. Her length and anticipation allowed her to defensive rebound better than any big I saw at the event. Rosloniec knows how to use her size to seal opponents and has the burst to chase balls just out of her range. She makes terrific offensive cuts and can find space to make a big target for driving teammates. St. Albert opponents will need to have an efficient offense as they will not get many second opportunities with Rosloniec patrolling the painted area.

Miller is an offensive talent. Another player who showed she can score at multiple levels, attacking the rim and from beyond the arc. She has a quick trigger and pull up from anywhere on the court and shoot with efficiency. Miller put pressure on defenders and was not afraid to mix it up near the rim to fight for rebounds and putbacks. Verdigre has a budding star on their court and fans will have a lot of fun watching her fill a score sheet.