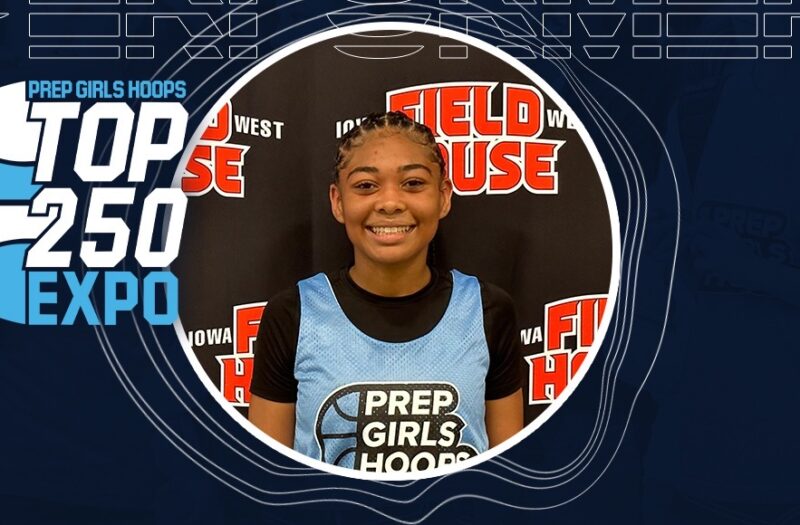 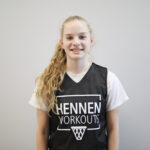 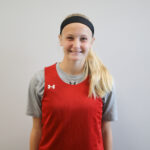 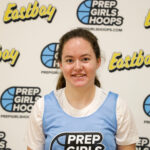 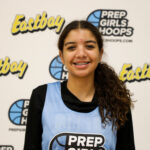 Continuing to cover the Top 250 Expo from this past Sunday at Iowa West Fieldhouse, I will be covering more players whose skillsets and effort stood out from a group of talented ballers. These young ladies played back to back to back games with minimal breaks and left it all on the court in an effort to get recognized.

Randle showed a solid offensive package on Sunday.  She constantly put pressure on opponents by attacking the basket. During her second game, Randle showed off her range knocking down multiple 3-point shots on her way to a 20+ point game. Randle is good in transition, handling the ball with both hands, and quickly gets her hand in passing lanes.  on defense. The Viking’s backcourt could be dangerous in the coming years with Randle helping lead the way.

I enjoyed watching Ranschau play. She played very unselfishly but the talent was evident. Ranschau’s energy was always at 100% hustling up and down the court. The opportunities she did take, she had a fantastic-looking jump shot and can dial it up from distance with efficiency. She wasn’t afraid to get into the paint to rebound and put her body on the line to make plays. Ranschau will bring a lot of skill and energy to Sioux City East and make an impact.

After watching Miller play and checking out her profile, the fact she is a talented soccer player as well made sense. Miller is a spark plug on the court with a never-ending motor that leaves opponents trying to play catch up. Once she has an open floor she is like a guided missile toward the rim where she showed she can finish plays. She is scrappy on the defensive end, applying consistent pressure on the ball, and can create turnovers if the ball is left within arm’s reach. Miller’s effort and determination was contagious and the Crusaders will love her as a teammate.

Holm was a solid all-around player on Sunday. Holm made plays on both sides of the ball in every game, providing stability to her lineup. Holm shot the ball well from 17 feet and out, fought for loose balls, and played stingy defense, rarely letting an opponent around her. She could rebound and bring the ball up the court or she could go spot up or be aggressive on the glass for putbacks. Holm brings a positive plus-minus when on the court and will be a standout for the Falcons in the coming season.

Mclucas is becoming one of my favorite prospects. I have written about her potential a couple of times and that’s because she can be special. Her length and footwork make her a problem in the paint. She can rebound, finish multiple ways near the rim, and has a terrific touch. Mclucas has strong handles for a big that she can use to bring the ball up the court or create her own shot. She has the ability to shoot from beyond the arc and as her skillset continues to grow, she could be one of the top scorers around the metro. The Chieftains have a good set of veterans returning and the emergence of Mclucas could have them back at the state playoffs this season.