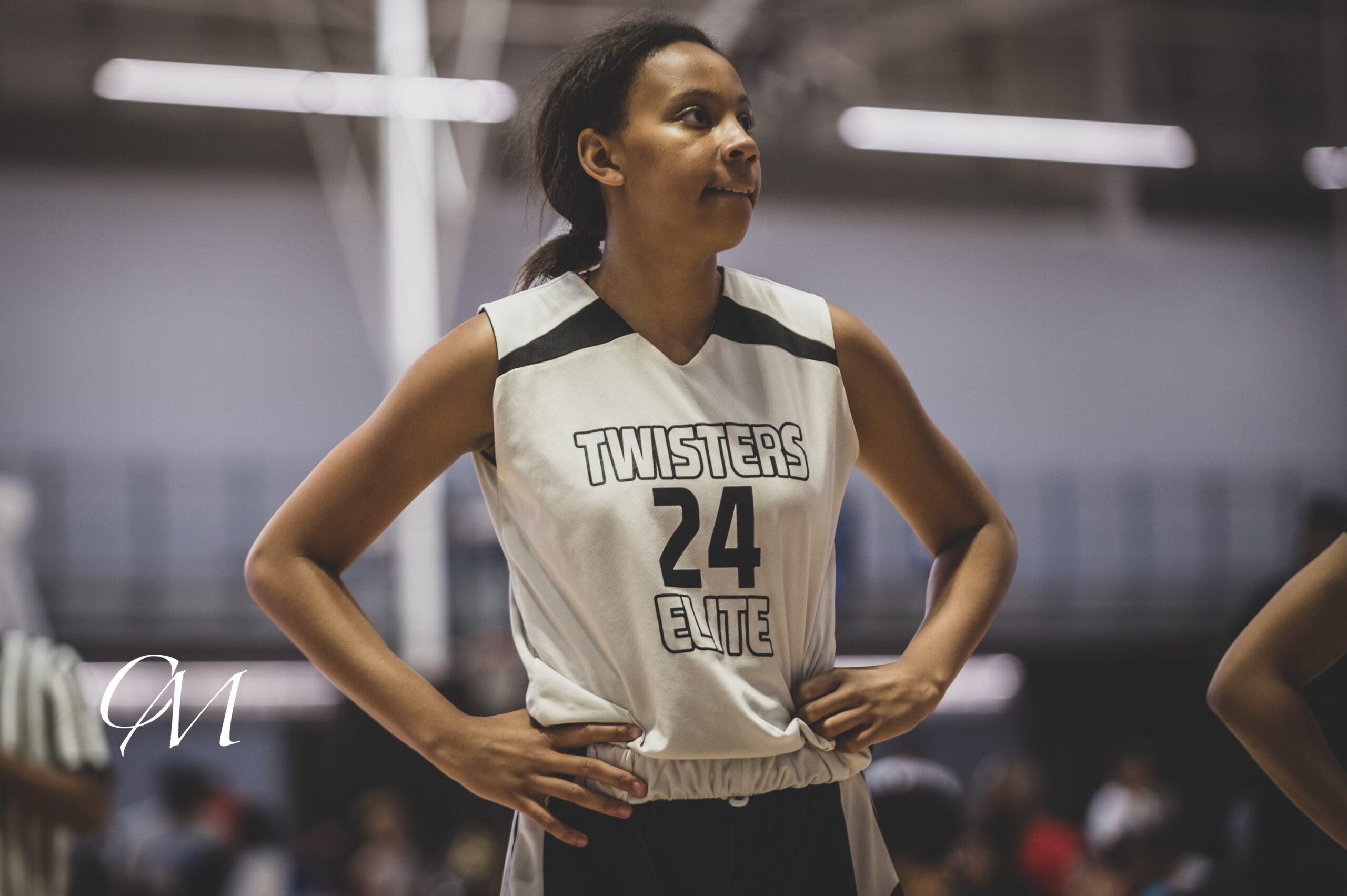 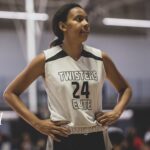 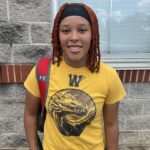 Taylor is an athletic and smooth player that can affect the game in many different ways. Taylor uses her speed in transition to offer easy scoring for her team. She is an excellent screener which allows her to create switches to her advantage. She has the strength to take advantage of smaller players. She can score over both shoulders and with either hand, which allows her to have the advantage in many of her matchups. When she is guarded by more traditional post players, she uses her quick first step to attack defenders for easy scores. She also has displayed her shooting ability out to 15 feet. Her ability to make these extended jump-shots from various spots on the floor allows for the offense to have the proper spacing to score efficiently. Taylor does a great job of attacking the rebounds with both hands. She keeps the ball high when she rebounds and outlets the ball quickly to help her team score before teams are able to set up their defense. Defensively, Taylor does a good job of not allowing offensive players to establish early post positions. She does a good job of being in help and closing the space between herself and smaller players to contest shots without committing unnecessary fouls.

Haley is an athletic player that adds a physical presence to Mortimer Jordan’s team. Her ability to play multiple positions adds versatility to her team’s defensive and offensive schemes. Defensively, she can guard wings and post players. She is strong enough to keep taller players from establishing deep post positions on her. She does an excellent job of using her speed versus bigger post players to change her defensive angles to prevent easy post feeds by the opposing team. This allows her teammates time to get in the proper help position. Offensively, she can play multiple positions. Haley can shoot out to 16 feet. Haley has the ability to attack the basket from all over the floor. She has the strength to finish through contact. Haley thrives at attacking the elbows with her pull-up jumper. She has the frame to create space versus bigger players to create scoring for herself. One phase of her game that is underrated is her ability to pass the ball to off-the-ball cutters. Her ability to pass the ball from different angles is a rare skill for a player in her position.

Brijourne is an attacking combo guard for Center Point High. Due to graduation, her role will increase this season for Coach Tamara Gill. Brijourne does a great job of using her strength to offensive rebound to create extra possessions for her team. She is an active and uses her lower body strength to hold off bigger players and turns those opportunities into scores. She does a good job of attacking closeouts with her right hand along the baseline. In many of these instances, she creates a scoring opportunity for herself or for a teammate sliding behind the help defender. Offensively, she creates many opportunities from her defense. She does a great job of pressuring the ball without fouling and creating turnovers. Most impressive is her ability to run from her weakside help position to deny on skip passes. She often will come up with a steal and score on the other end before her opponents can recover. She levels off her opponents and prevents ball-handlers from attacking the paint versus man defense or zone. If Brijourne can continue to improve her outside shooting, it will be a huge boost to her team’s overall success.

Aryn is a very good point guard with a high basketball IQ. Aryn does a great job of not turning the basketball over in pressure situations. She understands the importance of beating different traps via the pass and not over dribbling into tough situations on the floor. She does a great job of improving her positioning on the wing for post -entry entries. This simple skill allows her teammates to be able to score before help can arrive and contest shots. Aryn helps her team by taking and making those opportunities presented to her within the team’s offense. She does a great job of being ready on catch and shoot opportunities. She has shown the ability to attack closeouts going right and to her left. She does an excellent job of reading the secondary defender. When the secondary defender is late, Aryn attacks the rim. If the secondary defender is in a good position, she will use her pull-up jumper. This understanding prevents her from committing offensive turnovers. Aryn is a great position defender. She is consistently in the correct help position in relation to the basketball. Aryn makes sure she controls the live ball-handler by not taking unnecessary chances on the defensive end of the floor.

Kenya is one of the more creative shooting guards in the area. She scores effortlessly from beyond the three-point line. She does a great job of filling in behind ball handlers in transition for uncontested threes. Kenya does a terrific job of pushing the ball in transition. She will drive her opponents hard with her right hand and use her behind the dribble to create space. With the space she creates in these moments, she can go right into a pull-up jumper. She is skilled enough to use the same dribble combo to create space and adds her step-back to knock down the three. Kenya attacks close-out using both hands. She reads defenders well when she attacks the basket. Kenya seems to always be under control and makes the correct basketball play. She can score off single or double screens set by her teammates. Kenya is also a proven catch-and-shoot scorer. Defensively, she creates turnovers with athleticism and anticipation when her team is in the zone. In man defense, she is athletic enough to sprint from her help positioning to block shots. She has the footspeed, size and strength to guard all three perimeter positions.