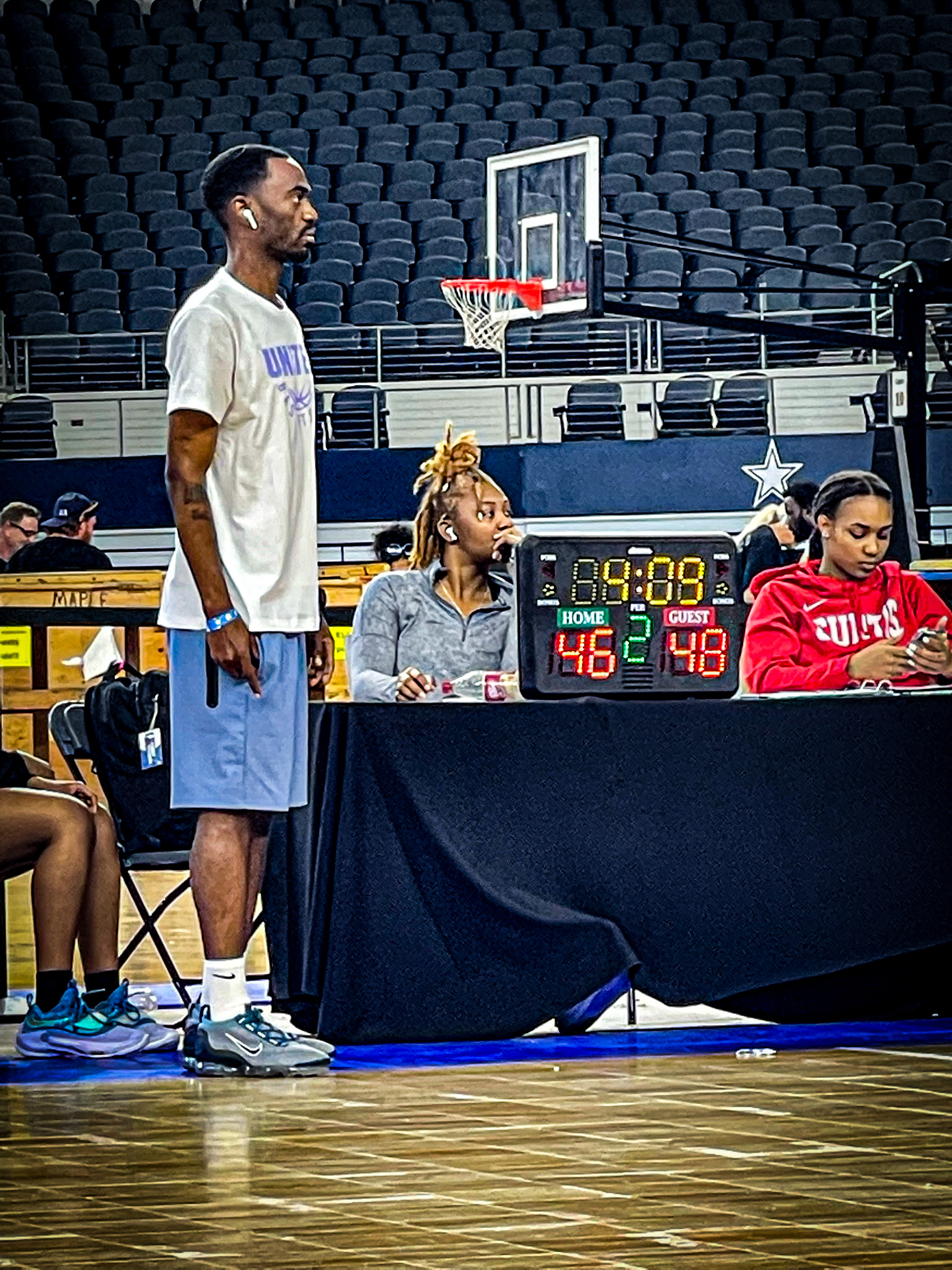 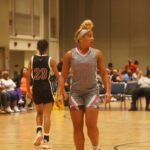 Not only at the Fab 50 did we have stock risers, but standouts as well. While trying to earn a spot in the Fab 50 Rankings, some of the girls took their game to a whole other level. It was a long day filled with a lot of basketball. Players had multiple opportunities not only to show, but to prove themselves on the big stage.

The first word that comes to mind when describing Hannah is Physical.  She often uses her strength to go by defenders and finish. At the cup, through contact, and on the defensive end I seen multiple times Hannah cut players off & chest them up all while looking like they’d just ran into a brick wall!  I’ve seen her a lot over the years and she’s always adding something to her game. It was no surprise at the Fab 50 that she had done added a pullup jumper hat she knocked down consistently.  With a big Junior season ahead of her, I look for recruitment to take off real soon!

Now I know we mentioned Miss Key in our Stock Risers segment for the 2024 class and that’s because her stocks rose all summer. It’s clear evidence that she had one of the best performances of any player regardless of class at the Fab 50!  Consistency and confidence are two words that best describes Eymani. Saturday she showed both! I’ve seen Eymani a couple of times throughout the summer and every time out she just leaves me to say, “man that kid’s getting better”!  It was no different at the Fab 50 as she continued to knock down long range bombs. She handled the rock, got to the rim, and finished.  She also brought so much energy to the camp on the defensive side. She continuously got up on people defensively letting them know about her performance. She most definitely would’ve been in the camp’s top running if there was such a thing!  Not sure what her offer sheet looks like, nor if there’s any, but if this play continues the local mid majors need to come knocking immediately. Her confidence is on 1000!

Footwork (check), Back to the basket moves (check), strength (check). Danai is continuously starting to grow on me and it was no different at the Fab 50.  Against some of the states best post players, Danai continued to show well as she did multiple things to show she’s a versatile post and not just a back to the basket kid! Standing at 6’1, the lefty was a bully on the block with great footwork that can play with power and finesse. She showed a variety of up and under moves over either shoulder and her knack for rebounding is second to none. Her strong lower half helped her establish position on the block and get easy buckets. At the Fab 50 I seen her grab A few boards, started the break, and also finishing while going coast to coast. Danai holds a few D1 offers and I expect more to come.

The kid from the small school that not to many knew/know about was on full display at the Fab 50.  Continuing what she did over the summer for her club team, the Dominoes, Bailey showed that she is one of the better and more versatile wings in the state. The 5’10 wing scored the ball in bunches and in many different ways rather it was taking people off the bounce or knocking down spot up jumpers. Bailey scored and had a lot of people saying, “Who is that kid?” What I loved the most was how she got after it on the defensive end. She literally guarded 1-5 and gave everyone in front of her problems with her length and her strength.  Holding a D1 offer going into her junior season, look for more of our local universities to jump on board.

Whitney is a kid who’s stock rose tremendously in July while playing with her Louisiana United Club team.  Not surprisingly, at the Fab 50 she continued to perform well.  She most def showed that she is the best big in her class. Whitney’s ceiling is super high! The ’24 big was great at doing her work early and winning her spots in the post while finishing over and through defenders. She has great length and a frame that will get stronger. Both her timing and shot blocking ability has gradually went to the next level. That’s something she showed at the Fab 50 while competing against some of the states best. She favors finishing over her left shoulder once she’s able to go both ways. She’d be virtually unstoppable on the block.