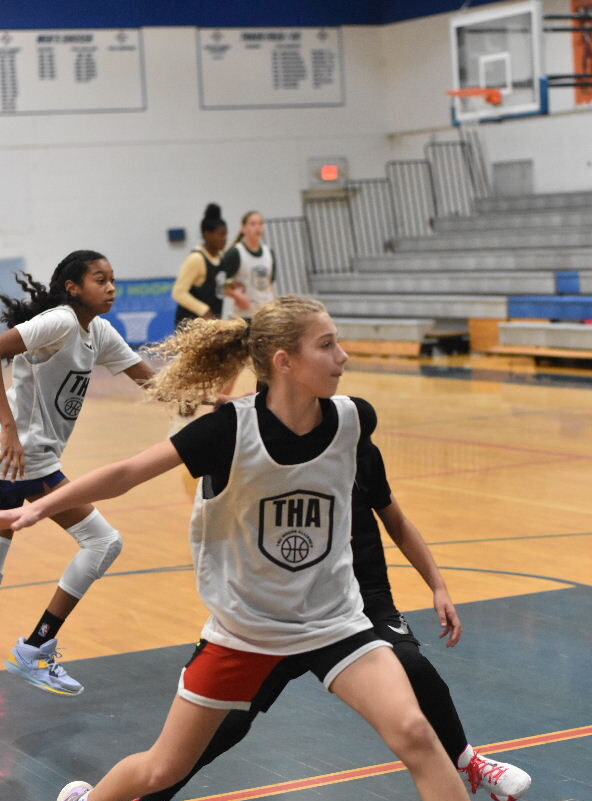 I love seeing new faces but if I have seen players before, I also love seeing the progression from players I have been looking at yet the most important thing, to sum up, both groups is that talent is everywhere, I hashtag that over and over, and you have to keep trying to improve your game because others across the country, well even outside of the country are doing just that, yet that’s another story. Here are more of the standouts who will be in high school next season, read more about others

Roberts can flat-out shoot the ball, no question about that yet other than the mid to long range, she has added more to her ballhandling and her change of place was very nice. She also did a good job of creating her shot which includes taking defenders off the dribble

Hopkins mixed it up nicely yet I want t start off with her defense which impressed me off the top. She also did a nice job of finding ways to put the ball into the basket. Her pull-up jumper was nice, she even showed the “catch and shoot” and she played the passing lane

Walton already gets it and her ability to handle the ball and see the floor is ahead of her years. Her COD, change of direction is nice, and so is her pull-up jumper which includes the 3-ball. She also scored well off the dribble and her on-the-ball defense was also good, really good

Rolls just rolls with the flow and taking the lick after attacking the basket was nice. Part of that is because of her deceptive first step, combined with nice body control but she also created her shot to drop the jumper. I was equally impressed with her “on-the-ball” defensive pressure

Beckett was another player that mixed up lots of things on the offense. She showed good court vision and her passes were crisp and on the money in traffic but she also attacked from multiple angles and finished strongly. She dropped the pull-up jumper, mid to long range

Nettles uses her athleticism well on both ends of the court. I love seeing young players applying heat baseline to baseline defensively but she also scores off the dribble. Her jumper in the set was nice as she dropped it with a hand in her face but she also showed the stop and pop in transition

Jensen is heady, understands how to get hers in the flow, and plays within herself. These are great qualities to have and lead to so much more yet her scoring off the dribble and finishing after contact was nice, and so was her passing, off the dribble and her defense was solid

Gibbs joins several players listed who caught my eye at the Simmie Colson Classic and I mentioned her handling the ball and pressure. Her upside is scary because that, combined with her athleticism speaks volumes about what’s coming. She finishes strongly off the double, yes after contact and she drops the jumper while being defended.