Dynamic Duos in NM: Class 3A 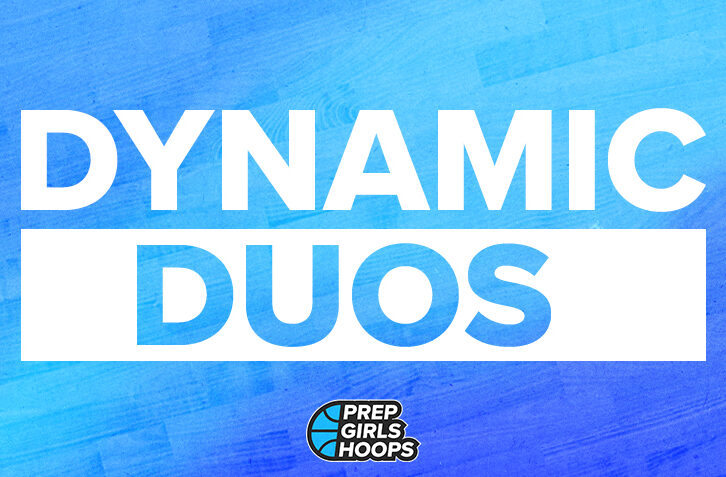 The 2022-23 season is upon us for Girls HS Basketball and these pair of teammates are amongst the best in the State – Especially in Class 3A !

Last season, Roberston HS had a fantastic season that resulted in a State Championship under Head Coach, Jose Medina. The Lady Cardinals finished 28-1 overall and was the only team from the 3A Class to make the Final Top 10 Team Rankings in 21-22. A key reason for that, was the great play from Azlyn Padilla Azlyn Padilla 5'4" | PG Robertson | 2023 State NM & Alexis Pacheco Alexis Pacheco 5'4" | PG Robertson | 2025 State NM , who both were 3A All-State: 2nd Team selections this last season. The belief is that those two will battle to claim First Team Honors for this year, 22-23, and help lead Robertson as Co-Captains in defending their State Crown.

Next up, are two teammates that are expected to establish themselves as the focal point for SFIS – A now Sophomore in Emma Lewis Emma Lewis 5'7" | SF Santa Fe Indian | 2025 State NM & A Senior in Madisen Valdez. Together, they will look to fill the void left by three senior graduates in 2022 that made All-State Teams and helped take the Lady Braves into the 3A State Championship game.

In 2021-22, Tohatchi finished the year strong going 11-1 in District play and that carried over to the 3A State Tournament. They were the #2 Overall seed and reached the semi-finals; That is where their season concluded, as they lost by 2 points to SFIS 43-41. Despite the tough loss, Tohatchi had something to celebrate as their back court duo earned 3A All-State: 2nd Team Selections ! – Those two players were Brooke Badonie & Kiana Bia. Look for this tandem to get first team considerations as Tohatchi should be in the thick of the Title Chase once again in 3A.

Last season, Tucumcari was a fairly young squad that only featured three total seniors on the roster. With that being said, The Lady Rattlers snuck into the State Tournament but mostly on the shoulders of this duo. Caylee Benavidez Caylee Benavidez 5'6" | PF Tucumcari | 2025 State NM & Alexus Lafferty Alexus Lafferty 5'7" | SG Tucumcari | 2023 State NM , who had great seasons individually. Lafferty earned a 3A All-State: 2nd Team selection and Benavidez was terrific as a underclassman who sits in rare company * see article https://www.prepgirlshoops.com/2022/09/defensive-stoppers-matts-upper-echelon-of-defenders/ for more info *