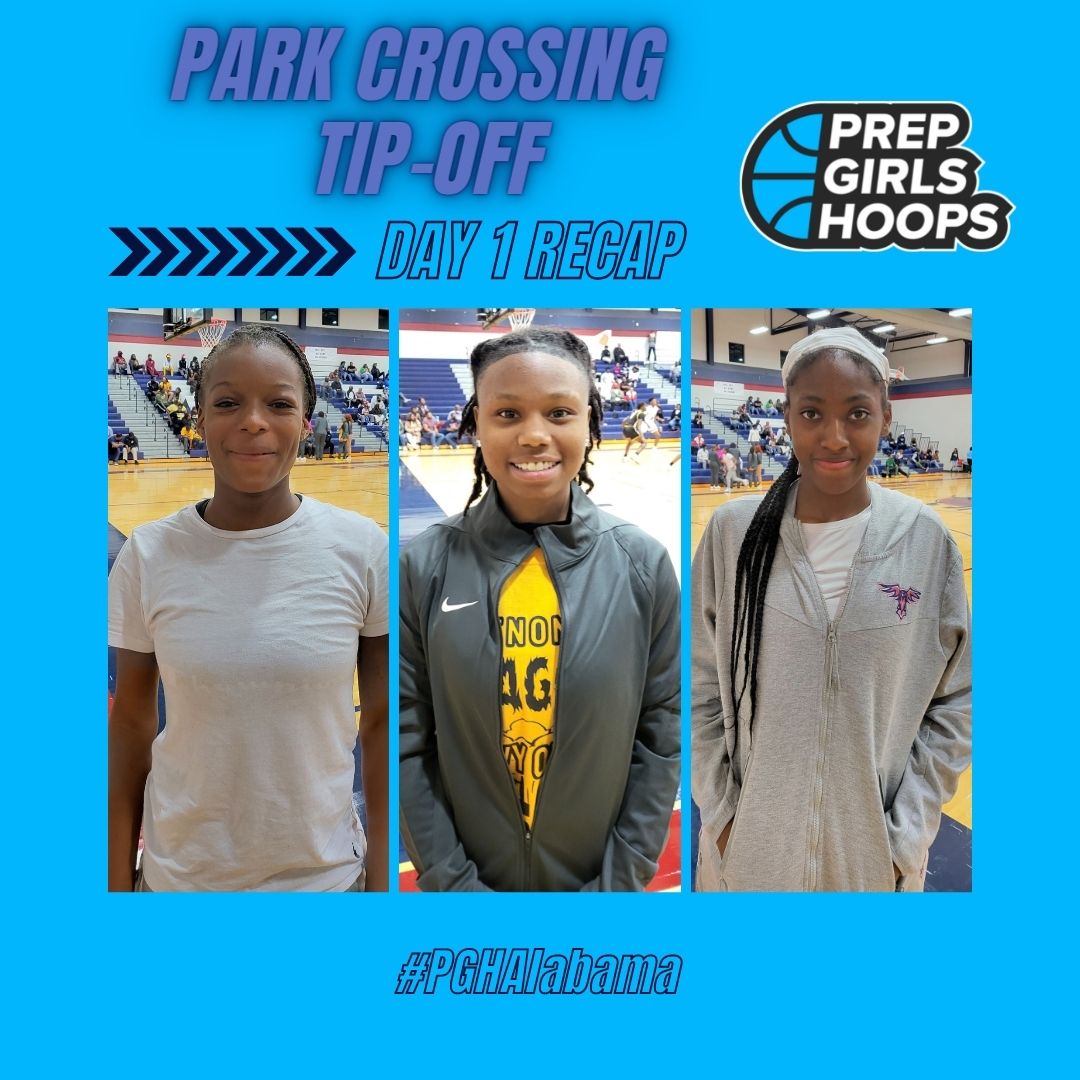 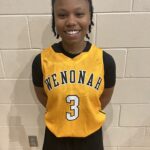 The day one recap of the Park Crossing Tip-Off does not look like the original schedule, as several teams pulled out at the last minute. However, the fans still were treated to a nice match-up between the Wenonah Lady Dragons and the Park Crossing Lady Thunderbirds. The Lady Dragons came away with a 61-50 victory over host Park Crossing. Both teams had the first game jitters, but several players stepped up and made massive statements when they finally settled down.

Jakerria gave the Lady Dragons the spark needed in the first half of the contest with 10pts and helped Wenonah jump out to a 33-28 halftime lead. She is a guard that can slide between the lead guard spot to the off-guard spot without production falling off. She was extremely tough off the bounce and stayed getting two feet in the paint, where she carved up the Park Crossing defense by collapsing the defense and finding her teammates for easy buckets. She showed off her floater game and made tough shots throughout the contest. Whether the ball was in her hands or not, Jakerria produced, and she has started the season by making a statement that she will be a player that will be a steady source of production for the Lady Dragons.

She is a guard that can slide between the lead guard spot to the off-guard spot without production falling off.

Samarian is the emotional and vocal leader of the Lady Dragons. She brought a lot of energy and passion to the contest, which was contagious to her entire team, including the coaching staff. She is dynamic with the ball in her hands, can handle the rock, and was living in the paint. She is the Lady Dragons playmaker as she was creating her own shot and dropping dimes to her teammates after creating off the bounce for them. She has good end-to-end speed and can shift gears when in transition, leaving defenders playing catch-up. She is a threat every time she touches the ball as she can score the rock at all levels, and she is an excellent orchestrator for the Lady Dragons. She plays with a competitive edge, and it is seen on the floor’s defensive end as she made the player she was guarding work for everything she got on offense. I was impressed with her level of communication with her teammates, which will be essential for the Lady Dragons throughout the season.

Samarian is the emotional and vocal leader of the Lady Dragons.

There is nothing flashy about Rianna as she just settled in the paint and made it her home. She is a skilled big, with nice footwork, post moves, and the ability to finish with both hands around the rim. She made it difficult for her defender to get a reading on her as she mixed her post catches up by sometimes attacking immediately off the catch while at other times being patient and then attacking. She has a nice touch around the rim, and she also moved well in the paint and made herself an easy target when guards were penetrating off the bounce and looking for an outlet. Her presence in the paint and rebounding will prove to be vital for the Lady Dragons this season.

There is nothing flashy about Rianna as she just settled in the paint and made it her home.

Ta’Nia brought a level of physicality to the court for the Lady Dragons. She was throwing her body around, carving out space, and wearing down the Park Crossing front-court players. Her constant banging took a massive toll on Park Crossing, especially with this being the first game of the year. She impacted the game by simply asserting herself in the paint and at the rim. She played a little bully ball when she was attacking off the low block. She is a stout forward that moves well, especially when she was going after the boards, as she got a lot of second attempts by tracing the ball and then moving toward it with quickness and physical play. She is a valuable piece for the Lady Dragons coming off the bench this year, being able to give Rianna rest, and if they can ever get both of them on the floor simultaneously, it will create a lot of problems in the paint for opponents.

Ta’Nia brought a level of physicality to the court for the Lady Dragons.

Saniyah is a sophomore and the apparent leader of the Park Crossing team. She finished with 17pts and got it done mostly off the bounce and getting to the cup. She pushed the tempo and was her best when she was in the open court and leading the break. She is tough in the open court, and when she got going downhill, it was advantage Saniya. She was in attack mode and made Wenonah make defensive adjustments to try and contain her. She finishes well in the paint as she has a nice floater. She is a volume scorer whose game draws fouls, and she gets to the line often. Now, as often as the ball is in her hands and as often as she goes to the line, she will have to improve her free throw shooting. She is an emerging prospect that brings a lot to the game when it comes to the offensive end of the floor. Defensively she plays the passing lanes well and got several steals with her quickness. She is a player we will keep our eyes on as she leads this Park Crossing team over the next couple of years.

She finished with 17pts and got it done mostly off the bounce and getting to the cup.

Kamryn is another one of the young players for the Lady Thunderbirds, and she showed promise. She showed a lot of reserve, which could come from her youth on the court, but she had opportunities to be more assertive, which could have helped in a big way. She was one of the most versatile players on both squads as she knocked down the trey ball, scored with her middle game, and scored off of putbacks. She was energetic and played with a lot of effort. As she matures, her ability to perform more consistently should accompany her maturity. As a freshman, with her size at her position along with her skill set and scoring ability, she is going to be a player that could garner a lot of attention from the next level, hoping that the potential she showed will manifest. We will be following her development.

She was energetic and played with a lot of effort.

Maliyah is another one of the Lady Thunderbirds’ freshman players who showed a lot in the first game of the year. She is still raw in many areas, and as you would expect, her defense is ahead of her offensive game. Her length impacted the game on the defensive end of the floor and on the boards. She is a rim protector, and she is active on the glass. She has to continue to work on her lower body strength as she was getting moved around by the physical play of the Lady Dragons. Offensively, Maliyah has a lot of work to do, but she did show touch by knocking down a mid-range J. If she can continue to develop throughout the season and then have a solid off-season, we could be having a different type of conversation about Maliyah next year.

Her length impacted the game on the defensive end of the floor and on the boards.