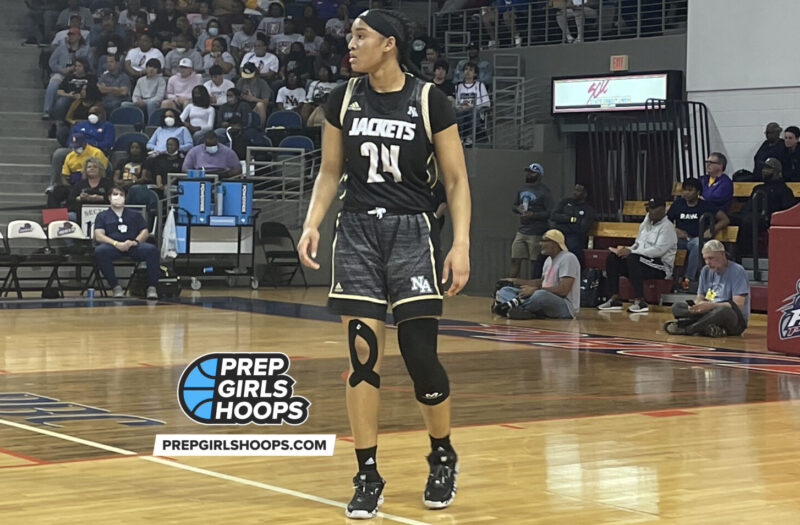 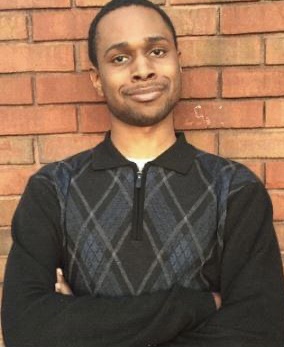 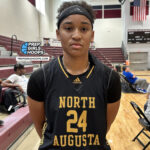 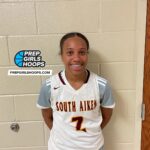 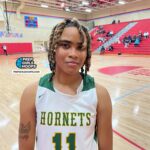 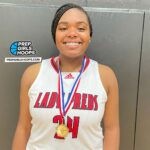 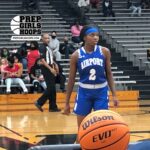 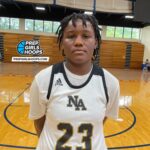 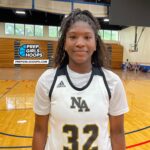 The fall months across South Carolina may be reserved for volleyball and football, but the winter and early spring is reserved for basketball and another exciting season of hoops is on the verge of tipping off across the Palmetto State.

That is where we come in. Throughout the last several days and weeks, Prep Girls Hoops has provided in-depth previews of every region in the state. We have spotlighted the key players to be on the lookout for in each region as well as mentioning where we believe each team will finish.

We have so far profiled the first three regions in Class 4A. Without further adieu, here is Region 4-AAAA.

(*PGH Preseason Player of the Year*)

Smith has built a storied career wearing the black and old gold of the Yellowjackets and she announced where she will play her collegiate ball after this season – Campbell University of the Division I Big South. She previously won two state championships during her time at North Augusta and is in pursuit of a third. With her scoring and rebounding talents, Smith can manage double-doubles on a game-by-game basis. Smith also thrives as a screen setter, can find spacing in the interior and is willing to play the game on contact to get to the free throw line. A mid-range jump shot is another element to her complete game.

McDuffie flourishes as a two-sport athlete with her second sport of choice being soccer alongside hoops. She adds a 3-point shooting element to a team’s offense and can throw defenses for a loop as they are unsure as to if she will shoot from long range or attack from the open floor. Ball distribution is another portion of her game that she thrives in and she keeps her hands active on the defensive end of the floor. That defense also enables her to clog an opposing team’s passing lanes. McDuffie hopes to lead the T-breds back to a tournament bid this upcoming season.

The Green Hornets made a deep tournament run last season in the 4A playoffs. With Aiken having graduated three of its star seniors from last season’s version, more attention will be placed on Bradley as the nucleus of the Green Hornets the next couple of seasons. Bradley has played at the varsity level since she was an eighth grader. She is a 5-foot-5 combo guard who can organize an offense in a halfcourt set. Bradley will also absorb contact and take her chances at the free throw line. As gifted a scorer as she is, she will also do plenty of the little things that can have a big impact – including hustling for loose balls.

This one is a classic case of the rich getting richer. Coach Al Young’s Yellowjackets were already among the state’s 4A elites and they added a star sophomore from nearby Fox Creek to make its team even a tougher out than previously. With the Predators in her freshman season, she took to the court in 26 games last season. McCain is willing to absorb contact and get to the free throw line. She has proven herself to be effective as a scorer, rebounder and shot blocker. Finishing at the rim is another one of McCain’s strong points. She has ran on the grassroots circuit with Upward Stars 3SSB 2025.

Booth first arrived on the scene at Airport as an eighth grader and established herself as someone the Eagles girls basketball program can build around in the coming seasons. Toughness is a central element to Booth’s game as she is willing to fall to the floor to complete a play. Booth also has no problems drawing contact and getting to the free throw line. She can and will display how accurate a shooter she is from behind the 3-point arc and also makes plenty of plays in transition. Last season was her first under new Eagles coach Chantel Amick with former coach Jacob Thompson departing for A.C. Flora.

It is not every day that one as a 2026 can say they received an offer from coach Dawn Staley at South Carolina prior to a freshman campaign. Grant can say just that. She came up big off the bench in last season’s 4A state championship game when she scored 10 points to aid the Yellowjackets’ cause. Grant is gifted as a rebounder, provides excellent defense, can take care of the ball and plays with a high basketball IQ. She brings a fearless attitude to every game that she plays in and is much a vocal leader as she is one by example.

Williams is a transfer from one 4A school that was a major contender in Aiken last season to another 4A school in North Augusta that has only one thing on its mind – another state championship. She is sure to be a integral piece for a Yellowjackets team that is a heavy favorite heading into this season. Williams stands at an even six feet which gives North Augusta another presence and depth in their frontcourt. The Yellowjackets will compete in Region 4-AAAA this season as opposed to Region 5-AAAA which is where they were the last several seasons. Williams’ many basketball talents will have North Augusta poised to remain major players in the Palmetto State’s girls basketball landscape.

The Yellowjackets, already a noteworthy state power, do not appear to be disappearing from the statewide spotlight anytime soon. Rising stars such as Walker are symbols of that reality. Earlier in the offseason, Prep Girls Hoops noticed Walker at a team camp at Francis Marion University. Rebounding proved to be a strength of hers and, for someone who is still relatively young, she exuded plenty of confidence. Walker has excellent ball handling skills and this particularly shows itself in transition. Versatility is another word one can certainly use when describing Walker’s game. Walker typically plays the four and arrives at North Augusta from Paul Knox MS.

North Augusta – Can the Yellowjackets win another state championship in Smith’s last season?

Airport – Can Booth lead the Eagles to even better fortunes in 2022-23?

Aiken – Who will step up after the Green Hornets lost McCullough, Davis and Hair?

South Aiken – The T-breds struggled against region opponents (1-7 last season) and on the road (1-6) last season.

Midland Valley – The Mustangs need someone to replace the production of the now graduated Kaiya Wright.