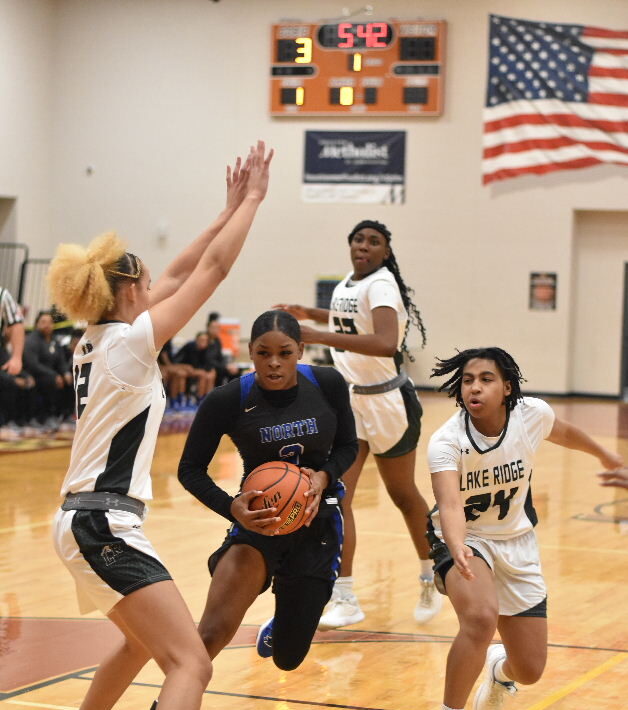 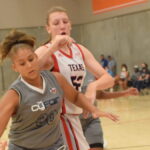 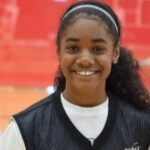 Several 2024 players stood out all through the tournament, I didn’t catch Kendall Sneed

Kendall Sneed 5'7" | CG Hardin Jefferson | 2024 State TX on opening day with Hardin Jefferson as she simply went off helping to lead her team to an 18-point, come-from-behind victory. Zachara Perkins

Carlton was her usual dominant self on the interior yet watching her expand her game over the years tells me a lot about not only the work she has put in but her dedication to getting better. She was dropping jumpers from the outside as well as attacking from the wing yet her court vision while playing the high while her younger sister, freshman Madison Carlton, was controlling the low

Hammonds falls into that “long and athletic” category I talk about over and over yet her progression on the inside, her finishing after contact was one, definitely stood out. So did her “not standing around” waiting for rebounds. I love seeing players go after the ball off the rim, it’s a lost art and all it takes is desire and effort, she showed both yet she also showed good timing on defense to block, after, and (or) deflect shots

Ajel has always shown me she understands how to get hers “in the flow “and with a solid midrange game, she was able to get to her spot and drop. She also creates her shot for the jumper as well as to attack the basket yet her court vision and defense were on point as well. Another big plus is that she plays within herself

Robinson simply has elevated her game to another stratosphere and her being “long and athletic” with the ability to not only handle the ball under pressure but elevate over defenders on the pull-up jumper makes her hard to defend. She also has good body control while attacking the basket, which enables her to finish after contact but add her defense into the mix, this includes playing the passing lane

Hardy has been hitting big shots in front of me all season, last week at the Peggy Whitley Classic and on opening day. Well, she also did it down the stretch in the Championship game and had the announcers going crazy but her poise under pressure and wanting the ball in clutch situations speaks volumes. The 3 ball was smoking yet she also scores off the dribble

Thornton has been a THORN on the side of many defenders because, like her teammate Hardy, she has dropped some clutch 3-pointers either in front of me or via Livestream, and she seems to get the offense going every game I’ve watched this season. Her baseline jumper created some issues last weekend as well as this one, yes that includes Championship Saturday

White uses an explosive first step both in the set as well as in the open court to just go by defenders at Will yet she shows no Grace with her powerful finishes. She also explodes off the ground for her jumper, mid to long-range and she’s consistently doing IN FRONT OF ME but peep this, her DESIRE on defense also creates issues as she can man up against as well as any guard in the area

Murphy continues to be that X factor with an exclamation point because if you need a bucket to start or change the momentum, she delivers yet she also rebounded and defended well throughout the event, well the same can be said from her team’s Peggy Whitley Classic Championship. The midrange is solid, and so is her defense